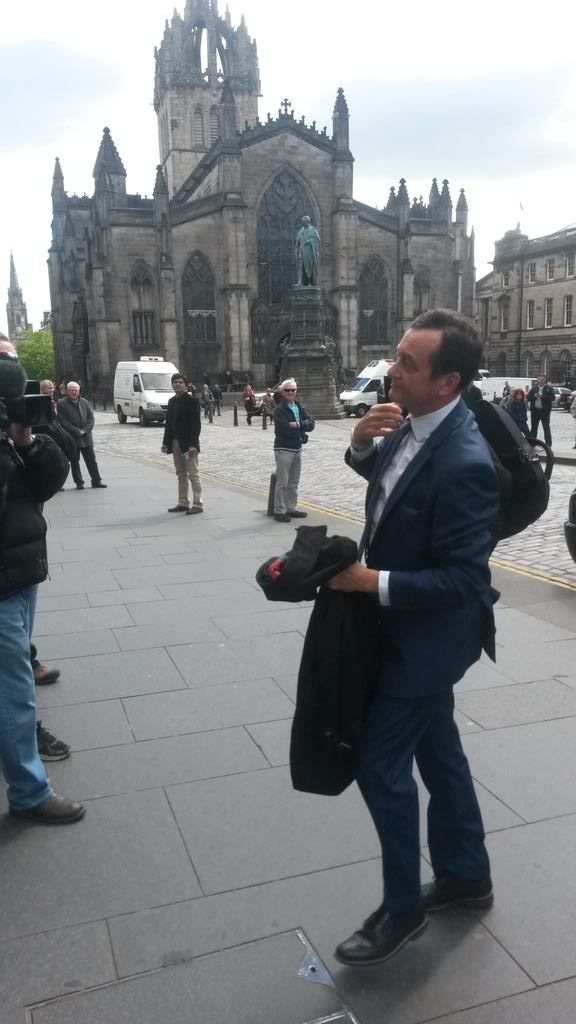 Proceedings resumed this morning with the court hearing from the next prosecution witness, former News of the World reporter James Weatherup (59). The witness told the court he joined the paper in 1987 and became chief reporter in 1999, and after stints at the Sunday Mirror and Sunday People returned to the News of the World as news editor but later returned to full-time reporting.

The witness confirmed that on the 5 July 2013 he pleaded guilty to conspiracy to illegally intercept communications, generally known as phone-hacking. Weatherup told the court he only met phone-hacker Glenn Mulcaire only once, outside the NotW office in Wapping. The witness said he had first seen Mulcaire’s company name on a budget sheet. When he queried this he was told by managing editor Stuart Kuttner that Mulcaire was a private investigator “and I had to work with him.”

Weatherup then told the jury that  hacker Glenn Mulcaire was “being paid more than the journalists,” and he questioned this with Stuart Kuttner several times and with another senior executive who cannot be named for legal reasons. Weatherup also testified that he had spoken to then editor Andy Coulson about Mulcaire who simply told him to “see Stuart [Kuttner] The advocate depute asked the witness if Coulson had asked who Glenn Mulcaire was? “No” the witness replied.

The former reporter told the court that while he knew nothing about Mulcaire when he returned to the newspaper,  he “found out very quickly,” that Mulcaire was a phone-hacker and used his services 137 times, although not always for hacking. The witness said that Coulson would have known about phone-hacking and if asked at a meeting about the source of a story he got from Mulcaire he would have made a signal that the information came from a voicemail.  The witness then mimicked holding a phone to his ear. Weatherup told the court that at one conference Coulson asked the source of a story and an executive said “its the dark arts, boss.” After this, the court heard, Coulson banned any mention of “dark arts” at meetings.

The Prosecution then told the court that they had no further questions for Weatherup so the defence began their cross-examination.

Murdo MacLeod QC began by asking the witness if he was aware that the payments to Mulcaire were only 0.03% of the papers budget. The witness replied that this was still “a lot of money when it was going out every week.” Accused of “making up” his evidence Weatherup told the court “I feel sorry for Andy, I feel sorry for his wife and sorry for his children, I have no reason to lie.” The witness agreed he was suing the News of the World for unfair dismissal but denied that he was not telling the truth to assist his position in that case.

The defence then ended their cross-examination and the Crown re-examined asking Weatherup asked if he used Mulcaire’s name when talking to Coulson, “I would have done, otherwise it would not made sense” he replied. The witness said “I want to get over all this but it keeps coming back to haunt me.”

The questions being over, an adjournment was agreed until 1.45.