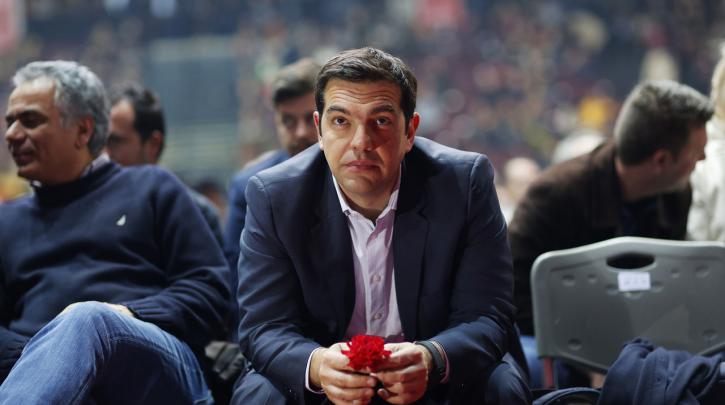 It is revealing of the political landscape in Europe – indeed, the world – that everyone’s dreams of socialism seemed to rest on the shoulders of the young Prime Minister of a small country.  There seemed to be a fervent, irrational, almost evangelical belief that a tiny country, drowning in debt, gasping for liquidity, would somehow (and that somehow is never specified) defeat global capitalism, armed only with sticks and rocks.

When it looked like it wouldn’t happen, they turned. “Tsipras capitulated.” “He is a traitor.” The complexity of international politics was reduced to a hashtag, that quickly changed from variants of #prayfortsipras to variants of #tsiprasresign. The world demanded its climax, its X-factor final, its Hollywood dénouement. Anything other than a fight to the death was unacceptable cowardice.

How easy it is to be ideologically pure when you are risking nothing. When you are not facing shortages, the collapse of social cohesion, civil conflict, life and death. How easy it is to demand a deal that would plainly never be accepted by any of the other Eurozone member states. How easy brave decisions are when you have no skin in the game, when you are not counting down, as I am, the last twenty-four doses of the medication which prevents your mother from having seizures.

It is a peculiar feature of pathological negativity to focus only on what is lost instead of what is gained. It is the very same attitude that means sections of every country’s population – long for their perfect Socialist Utopia while simultaneously avoiding tax every way they can.

The idea of Tsipras as a “traitor” relies heavily on a cynical misinterpretation of the referendum last week. “OXI”, the critics would have you believe, was “no” to any sort of deal; an authorisation to disorderly Grexit. It was nothing of the sort. In speech after speech Tsipras said again and again that he needed a strong “OXI” to use as a negotiating weapon in order to achieve a better deal. Did you all miss that? Now, you may think he didn’t achieve a better deal – that may be fair – but to suggest it authorised Grexit is deeply disingenuous. And what about the 38% that voted “NAI”? Was Tsipras not there representing those people, too?

Fear not. The deal may prove unworkable anyway. It may not be passed by Greek Parliament. Syriza might tear itself apart from within. Grexit may be forced by those who have been trying to make it happen for years now. Then we get to assess what your better outcome looks like.

The agreement that Tsipras achieved (caveat: as we know it) after negotiating for 17 hours, is a lot worse than anyone could have imagined. It is also a lot better than anyone could hope. It simply depends on whether you focus on what has been lost or what has been gained. The loss is a package of horrific austerity. It is a package which, anyone with any political understanding knows, was coming anyway. The only difference is that, through a compliant government like the previous ones, it would be accompanied by no compensations.

What has been gained in return is much more money than previously imagined to properly fund the medium term and allow the government to implement its programme, a significant stimulus package, the release of EFSF money which had until now been denied (to the “good” government of Samaras), and an agreement to restructure debt, by transferring bonds from IMF and ECB to the ESM. That is nothing, hecklers heckle. ERT analyst Michael Gelantalis estimates this last part alone to be worth between eight and ten billion less in interest repayments a year. That is a lot of souvlaki.

In the last few hours I have been told that Greece “should just #Grexit NOW”; that we have “a wonderful climate and could easily be self-sufficient”; that we “should adopt bitcoin and crowdfunding to circumvent monetarism”; that “the US would send us medicine”. None of these people are suggesting that this should happen in their own country, you understand. Just Greece, so they can see what happens. Most of them live in states with centrist governments, which espouse austerity, but guarantee a steady supply of the latest iPad to the shops. All of them, without exception, could have negotiated a much better deal with a knife to their throat; could have been braver.

My question to those critics is: What battles are you fighting in your country, city, town, right now? And at what risk? Are you not, in fact, just as bad as the hardcore austerity ideologues that want to experiment with a “toy country”, with people’s lives, and see how it pans out?

Seen as a sort of Helm’s Deep, this defeat for the Greeks is monumental, irredeemable. It is the “all is lost” moment. Seen as one opening battle in much larger war, it is hugely valuable. It has drawn the enemy out into the fore, exposed its strengths and weaknesses. It has provided intelligence to others, in Spain and Portugal and Italy, which will ensure they’re better prepared. It has been bravely fought. And smartly, because Greece gets to live to fight another day.

We elected a good, honest and brave man, who fought like a lion against unfathomably large interests. The result may not be the martyrdom for which you had hoped. But it will do for now.

Note from Byline: Alex Andreou is crowdfunding his ongoing coverage of the Greek Crisis. Please consider contributing a few pounds through the link on the right of the page.

Journalists retain all copyright of their work and so it can be reprinted elsewhere, but always and only with permission. Please contact us at info@byline.com if you have any queries about us or our journalists.