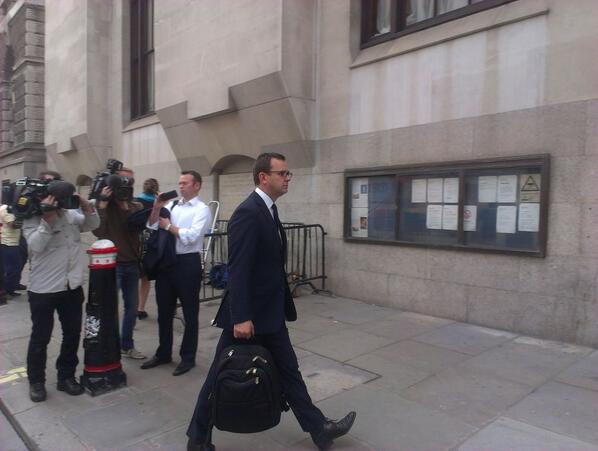 Scottish prosecutors may have withheld vital information from the Judge trying former News of the World editor Andy Coulson, Byline has learned.

Dismissing the perjury case against Coulson, who was on trial for perjury over the evidence he had given at the trial of Scottish politician Tommy Sheridan, the presiding judge, Lord Burns ruled that the defendant’s evidence about phone-hacking had not been relevant to Sheridan’s conviction and dismissed the case. However in his written judgment Burns noted that his decision may have been different “if some connection between those phone hacking activities and Mr Sheridan himself could be established by the available evidence.”

However telephone billing records recovered by the Metropolitan Police investigating phone-hacking and seen by Byline, show that Sheridan’s voicemail was called repeatedly from the offices of News International in 2006. The documents reveal that on the 24 June 2006 alone there were 10 separate voicemail interceptions or attempted interceptions made from News International’s internal telephone system. It is perhaps no coincidence that Sheridan’s defamation action against the newspaper was due to begin in Edinburgh a week later. There were also a number of other attempts to access the politician’s voicemail after that case was concluded.

Asked to comment by Byline a spokesperson for the Scottish prosecutions service said: “The Crown indicted Andrew Coulson on the basis that he lied during parts of his evidence at the trial of Thomas Sheridan, in particular that he had no knowledge of phone hacking. He was not indicted in relation to any specific allegation that Thomas Sheridan’s phone was hacked.” They would not however confirm or deny they were in possession of the relevant phone records of the apparent illegal access of Sheridan’s voicemail while Coulson was the editor of the News of the World.

While the Scottish legal proceedings against Coulson are now at an end this evidence appears sure to raise further questions about the tactics prosecutors used in trying to secure a conviction and whether the judge considering the case had all the relevant evidence he needed to dismiss the charges before the jury was allowed to make its decision.

You can read about James’ new  project here: https://www.byline.com/project/14