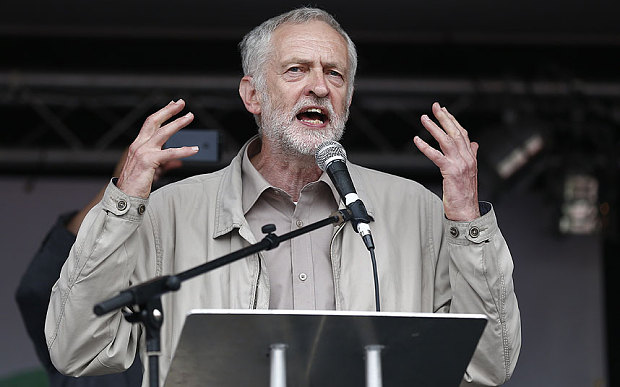 This piece was first published in Norwegian, in the Newspaper Klassekampen on 31st July 2015. Klassekampen retain all copyright.

Can the Left govern a country? This may seem a strange question to ask in a progressive newspaper of a country like Norway, with its proud tradition of the Nordic economic model, but it is a real one almost everywhere else in Europe. More importantly it is one which you may find yourselves asking in five, ten or twenty years’ time.

I say this on the back of six traumatic months between the two countries which occupy my political thoughts: my native Greece and my adoptive Britain. The radical left coalition Syriza’s election as the largest party in Greece, followed by the beating it received from EU interests. The centre-left Labour in the UK offering an ambitious programme of reform, followed by its abysmal performance in May’s election. A defiant “OXI” – “no” to the agreement offered by the EU – by the Greek people in a referendum, followed by the forced acceptance of a deal with a gun to the head. Each time hope followed by hopelessness.

The leadership contest for the Labour Party in the UK is also fascinating to watch. Jeremy Corbyn, a 66-year old man whom I would term a “classic socialist”, has gone from token far left candidate – expected to not get anywhere near winning – to front-runner in a matter of weeks. More than 140,000 people have subscribed to the Labour Party, either as members or supporters, many in order to vote for him.

Alexis Tsipras, the Greek PM, is accused by the left within his own party of having betrayed voters by compromising too much. He is currently using support from opposition parties to push the loan agreement through. Jeremy Corbyn, on the other hand, is charged by his rivals with being unelectable, due to his refusal to compromise enough.

The Right speaks the language of business; compromise, uncomfortable alliances, dirty tricks – these things are seen as natural and practical to the right-wing voter. In contrast, the Left doing those same things is seen as somehow a stain on ideological purity, a selling-out. The practicality of government for Conservative parties is expressed as “rolling up your sleeves”. The very same process for a Socialist government is “getting your hands dirty”.

Instinctively, I lean towards supporting Jeremy Corbyn’s ideologically pure bid for the Labour leadership and also supporting Alexis Tsipras ideologically messy approach of doing what needs to be done to govern Greece. At a cursory glance, there may seem to be no intellectual consistency between those two positions. Actually, there is. One represents the starting point, your bid to govern. The other is the end position, the final price.

All governing parties have to compromise. This is as it should be, because they do not only represent the people who voted for them, but everyone. If you include all the concessions you are willing to make in your opening bid however, two things happen: First, you offer the voting public no clear alternatives; everything bunches towards the centre, until everything looks the same, leaving voters to gravitate towards Progress in Norway, Front National in France, Pegida in Germany or neonazi Golden Dawn in Greece, purely because they’re identifiably different. Second, you are bound to be asked to make even more concessions once in government and your general direction becomes hopelessly confused.

Voters understand this instinctively, I think. Talking to people a few weeks after the Greek election, I heard one thing consistently: “If Tsipras manages two or three of the ten things he has promised, I will be happy.” They know that “getting your hands dirty” is something that is simply necessary when faced with competing interests, powerful opposition and Realpolitik.

Watching developments in Greece this week – a huge wave of anti-corruption initiatives and tax evasion audits has been unleashed – I think Syriza might prove quite adept at “getting its hands dirty”. They seem to have realised one very basic fact, which previous administrations had got hopelessly wrong: in order to implement a programme of social security, the state has to be a ruthlessly efficient collector of contributions.

A second basic fact is becoming very clear: the fewer resources and means of production a state owns, the harder it is to implement left-of-centre policies. It simply has less wealth at its disposal to redistribute. Seeing how quickly the current Norwegian government is proceeding down that neoliberal path and knowing from my British experience how difficult it is to undo, this is why I say that you too may come to ask in five, ten or twenty years time “Can the Left govern a country?” Because there may be a point when a state becomes so privatised and corporate, that socialism simply becomes incompatible.

For now, I look at Jeremy Corbyn’s proposal for leading the Labour party and eventually bidding to govern Britain with hope. Just like those Greek voters earlier this year, I think: “If he manages two or three of the ten things he has promised, I will be happy.” Because, you see, for getting your hands dirty to be a meaningful sacrifice, you have to be elected with your hands clean.