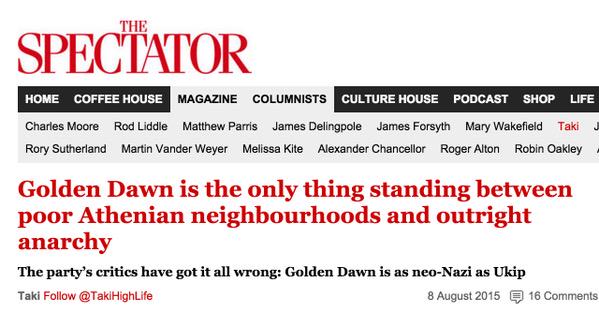 The combination of someone whose journalistic career consists of causing outrage and an organisation famous for its long, boozy lunches has always been a ticking time bomb of a set up, occasionally yielding predictably enraging and hilarious results. I do occasionally, however, stumble across some pool of excreted bile by “Taki” of Spectator infamy (or Τάκης Θεοδωρακόπουλος as he is known to his compatriots) and think to myself: “How drunk would an editor have to be to send that to print?”

I shall provide no links to the piece itself; not on the eve of Greece commemorating the massacre at Kommeno, one of the worst Nazi occupiers’ atrocities, where 317 residents of one small village, including 70 children under the age of 10, were executed and their bodies mutilated. I will provide no clicks to boost advertising nestled by the side of such cynical venom; it only encourages more. Here is an extract: 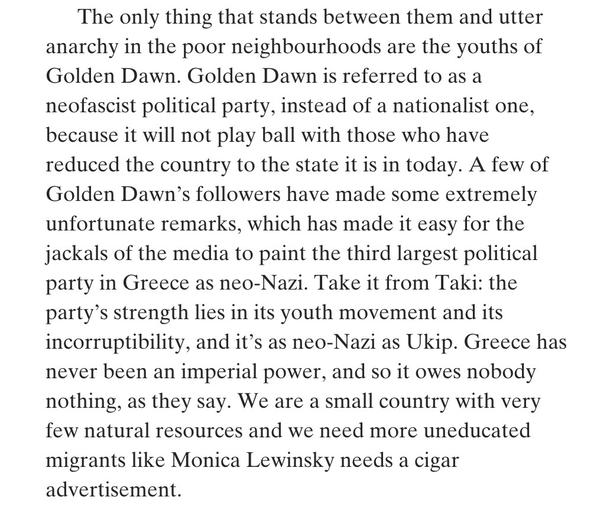 “Take it from Taki”? Not if Taki skimmed “it” to me across an ocean of disinfectant. Taki, you see, has “previous”. An hour-long exposé of his links to Golden Dawn was aired  on Greek TV recently. While he vehemently denies ever funding Golden Dawn directly, it is a matter of record that the first gatherings of the fledgling organisation took place in Taki’s family hotel “Caravel”, part of his vast inherited fortune. And he has publicly defended them before, in 2013, as mostly “martial artists, cops, security personnel and good old-fashioned patriotic Greeks” who are “not house-trained” and “tend to use rough language”.

It seems pointless to give examples of Taki’s long record of racism, sexism and homophobia, so varied and rich is his back catalogue of shame. I do, however, cling to the idea that facts matter. Or they should. Even to a Spectator editor. Because this is something that will be lifted and replicated across hundreds of right wing apologist news sites and blogs looking for respectable ways to boost their pernicious narrative. 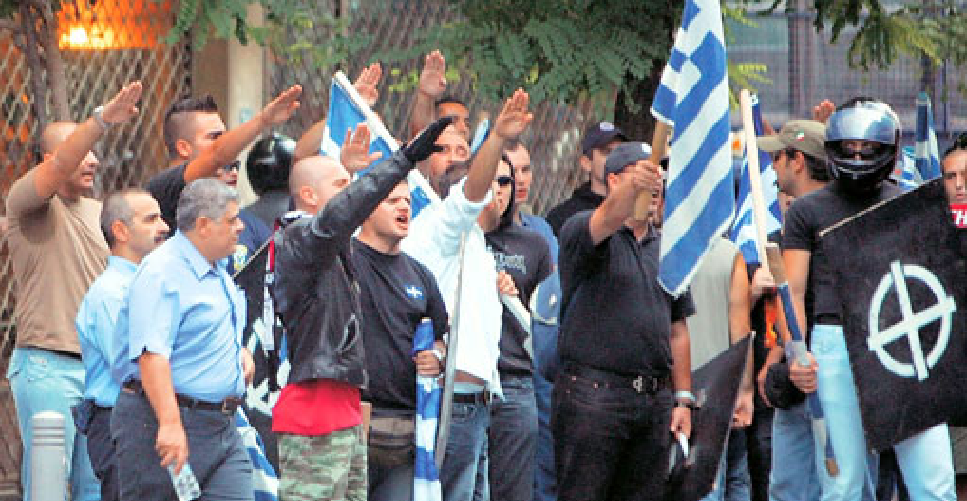 None of the following facts are obscure. All of them could have been discovered in an afternoon. Nearly 70 MPs, members and supporters of Golden Dawn, including its leader Nikolas Mihaloliakos, are currently under arrest awaiting trial for a variety of serious criminal offences, ranging from running a criminal organisation to murder. The leaders of Greece’s Golden Dawn, stated to prosecutors: “We are not Nazis. We are proud Greek Nationalists”, chillingly echoing Taki’s language.

Golden Dawn gangs have rampaged through Athens for many years. When prominent member “Periandros” was sentenced for the attempted murder of three students, Golden Dawn members shouted nationalist anthems in court. He responded with the Nazi salute. Golden Dawn members attacked and beat a group of Egyptian fishermen, hours after one of their MPs told a public gathering, quite specifically, that “Egyptian fishermen would have to account for themselves to Golden Dawn.” Dozens of them attacked and badly beat a group of leftists, leafleting in Perama, with crowbars and clubs in an operation of military precision.

Their MP Giorgos Germenis, angry at the Athens mayor for not allowing him to run a “Greeks Only” soup kitchen, swung at him and ended up punching a 12-year-old girl. When security tried to remove him, he reached for a gun. Another of their MPs and de facto press representative, Ilias Kasidiaris, viciously assaulted a female Parliamentary colleague live on Greek TV. They have threatened doctors working with the Medecins du Monde NGO for treating migrants. This is merely a small sample; the list of their transgressions is endless. This orgy of violence culminated in the murder of anti-fascist rapper Pavlos Fyssas, which led to huge demonstrations and, eventually, their mass arrests.

So when the idea is promulgated on an internationally respected British periodical that Golden Dawn are really guilty of no more than faux-pas and bad manners, I get irritated. The Spectator’s editor, Fraser Nelson, in defence of the last time Taki got into trouble for endorsing Golden Dawn through his column, said: “Our readers like diversity and well-written pieces that they disagree with. We have no party line.”

This is not a rogue comment piece, however. It is neither diversity nor something with which one can agree or disagree. It is the sort of inflammatory vomit one may find side by side with “Harold Shipman; Murders Aside, A Gifted Physician” and “Adolf Hitler: The Underrated Painter, Remembered”.

This is a regular columnist employed by the Spectator, who promotes these sorts of views without fail. In view of his consistency (and in the absence of radical communist or anarchist equivalents being given column inches) Taki is the Spectator’s “party line” on this issue. Nor is this merely offering opinion. The Spectator is printing materially erroneous facts.

Here is the party’s leader Nikolas Mihaloliakos not being a Nazi. 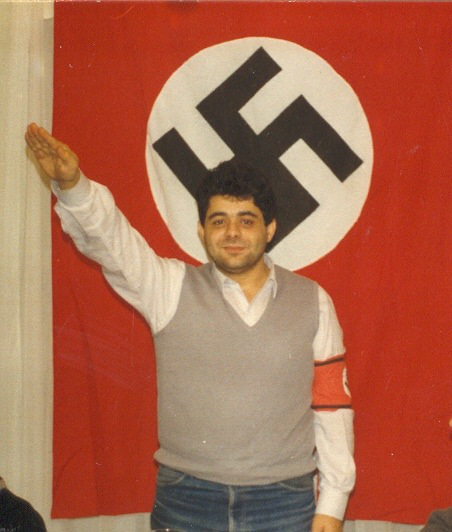 Here is Golden Dawn MP, Christos Pappas, not being a Nazi. 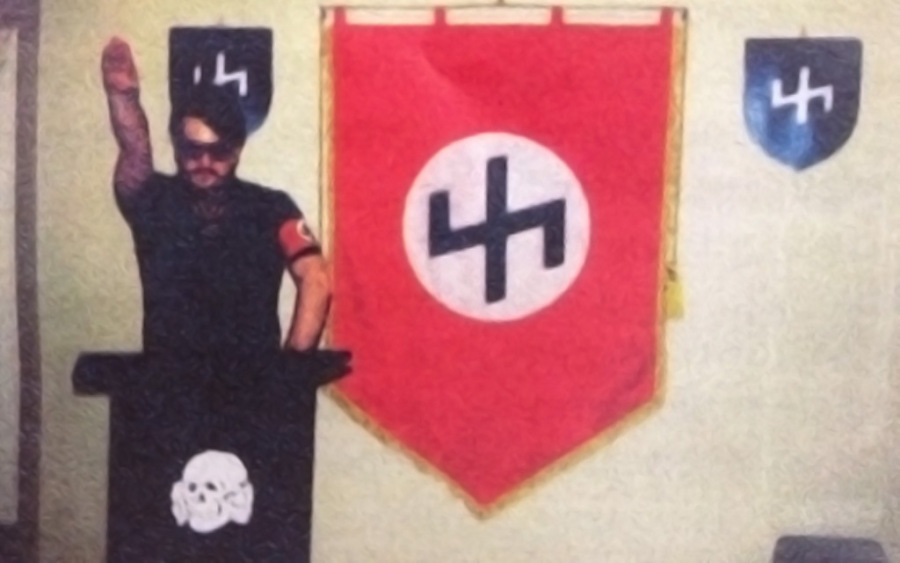 Here is Christos Pappas again, in front of the Athens German cemetery, where he holds an all-night vigil every year with other Golden Dawn members on the 20th of April, Hitler’s birthday, not being a Nazi. 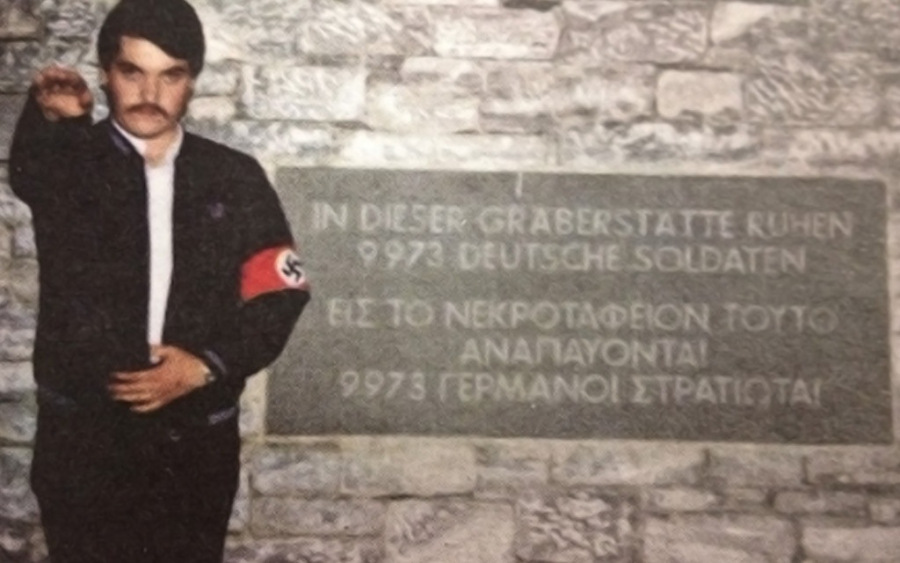 Here is leader Mihaloliakos and Pappas, not being Nazis together. 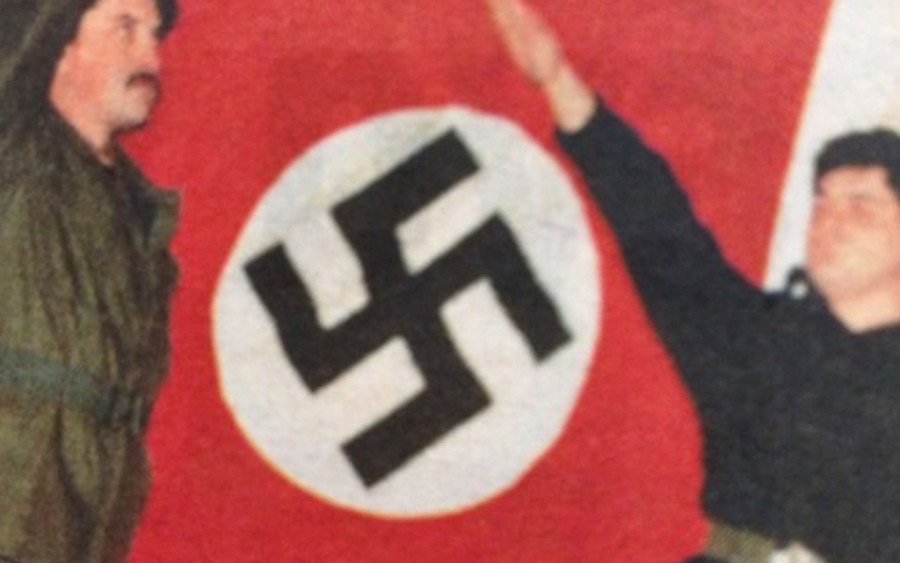 Golden Dawn issued a statement saying these were youthful mistakes. Here is Pappas inside Mussolini’s mausoleum again in 2009, at the age of 47, being youthfully mistaken. 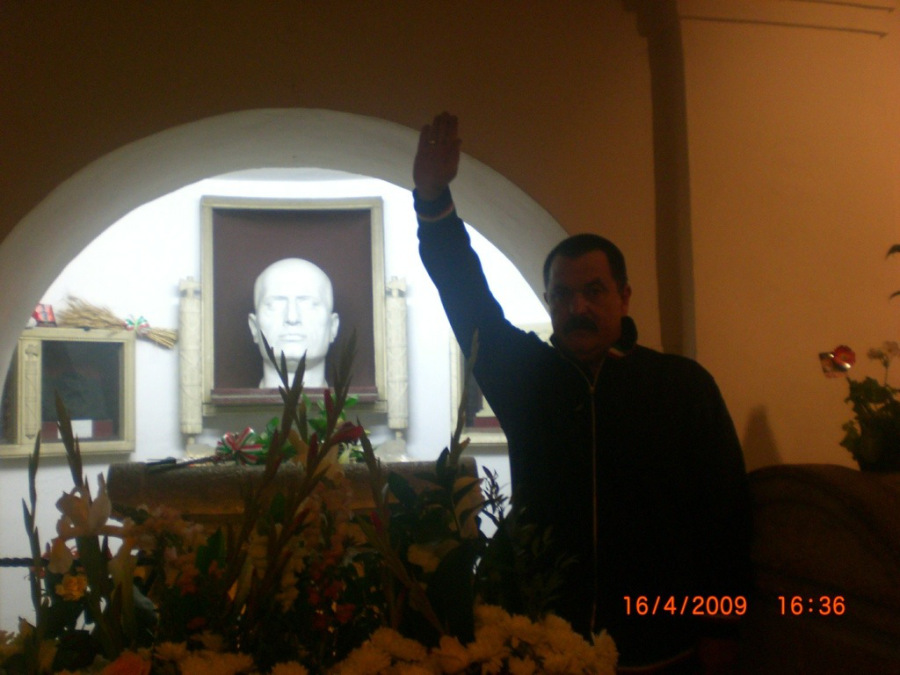 Here is Golden Dawn MP and recent Athens Mayoral candidate Ilias Kasidiaris, after a winter solstice all-nighter, during which new Golden Dawn members were sworn in, not being a Nazi. This was in December 2012, while he was already an MP. 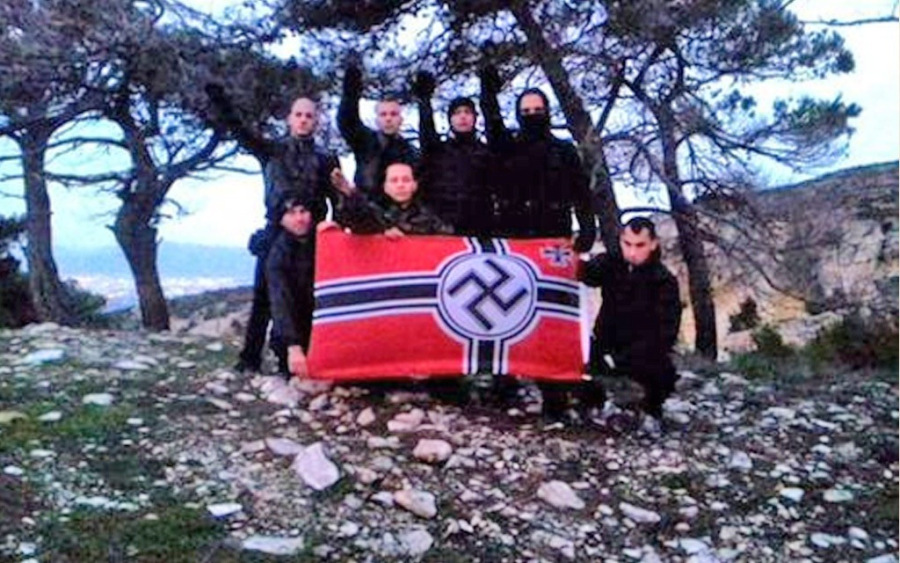 I can offer some small relief to Fraser Nelson: Applying a very strict interpretation, there is a chance that what you have printed may be technically correct. There is nothing “neo” about these Nazis. They are very much the old-fashioned sort. Bravo, Speccie! Your defence of them is inspirational.

I look forward to your annual poppy appeal.

BONUS: MP Pappas with a Golden Dawn member in short-shorts. All sorts of wrong as well as Nazis. 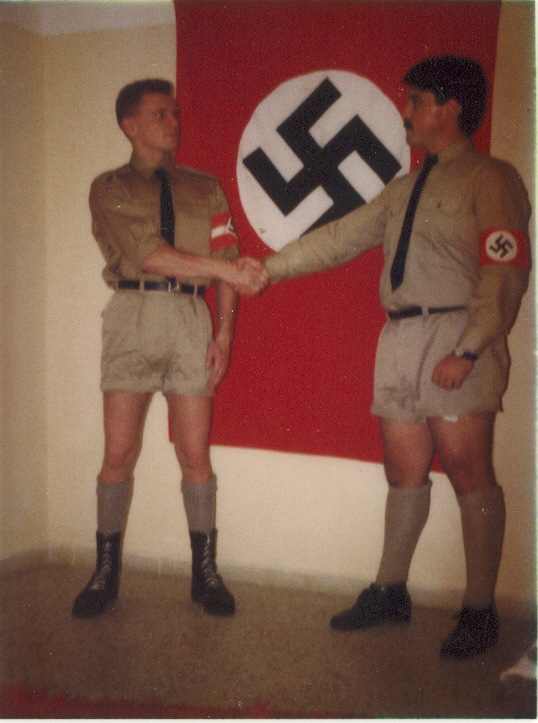