An Act of Disorder 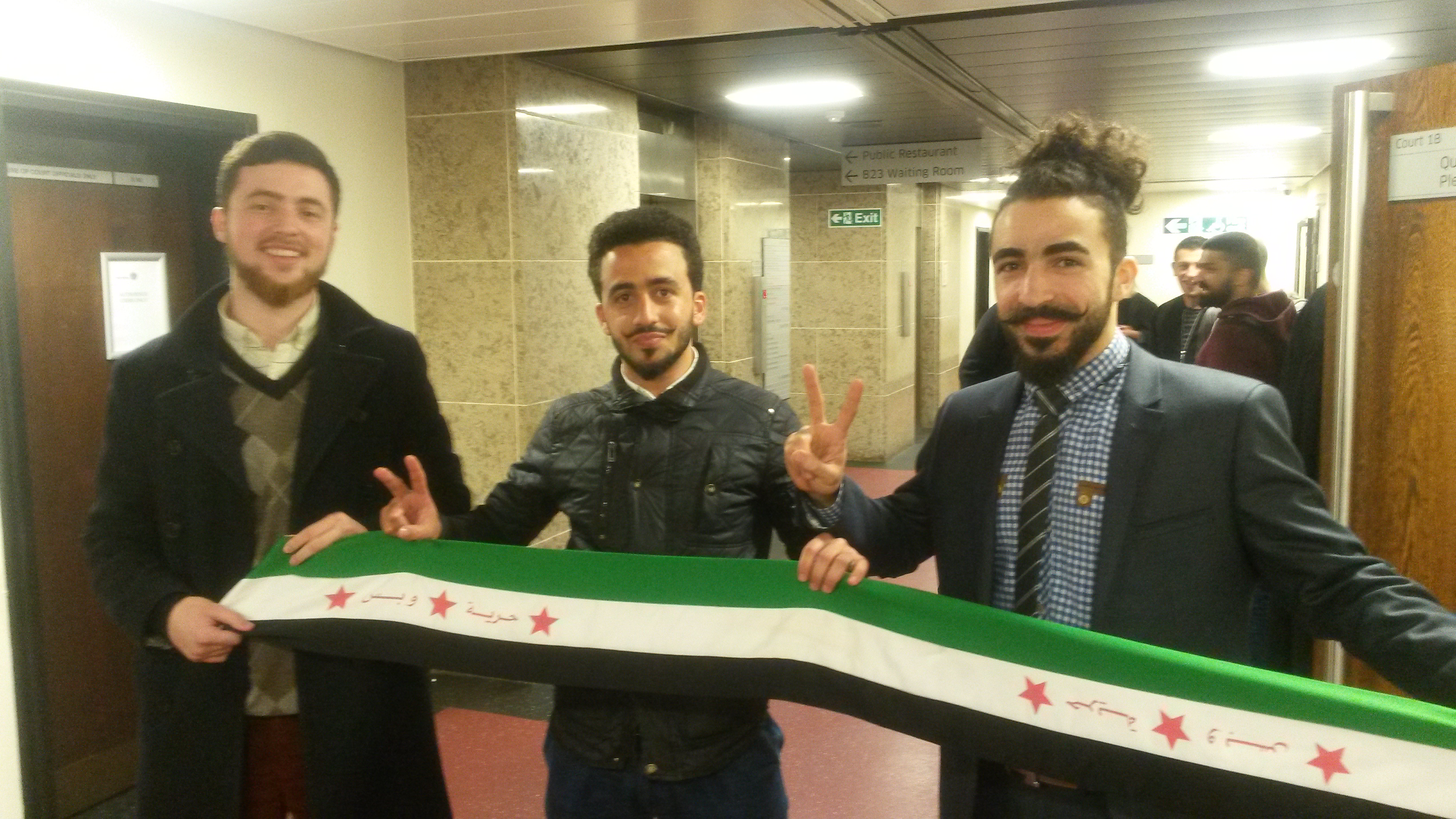 Glasgow’s Sheriff Court is not a place usually frequented by many reporters, dealing as it usually does, with minor offences and cases resolved in hours not days. However what seemed like a run of the mill “breach of the peace,”turned into the longest summary trial in Scottish legal history and raised some serious questions about the honesty of some of the police officers that testified, the decisions of Scottish prosecutors and the media coverage of our court system.

The story began in February 2013 when police detained three Syrian brothers in Glasgow as they were protesting against the Assad regime in Glasgow city centre. The three, all students, were charged not only with breaching the peace, but also assaulting the police and resisting arrest: ” multiple acts of disorder,” as the prosecution put it. However as the case developed it became clear there were serious problems with the police account of events, especially after video evidence came to light. Byline have obtained the key videos so you can judge for yourself.

The prosecution case opened with three police officers testifying in court that they had intervened in a dispute between the demonstrators and a group of buskers over who would have access to a particular part of Glasgow’s busy Buchanan St on this Saturday afternoon. The officers told the court that after they had intervened to calm the situation down one of the brothers had became agitated and began “pointing his fingers and their face” shouting and acting in an aggressive manner.

Another protester filmed the initial incident.

The second video shown to the court also contradicted the police account of subsequent events. With the Sheriff ruling that this showed their actions after the initial arrest were “overzealous and disproportionate.” He also noted that while police had claimed the brothers had thrown themselves to the ground to resist arrest, the footage clearly showed them being forced down by the police, including at least one plain-clothes officer.. Asked during his evidence what he had thought when police closed in on him one of the defendants said “I felt like I was being taken by Assad’s people.”

That, unedited, video is here

Giving his last judgment, as he  retired and the end of the case. Sheriff McFarlane ruled that the police actions were clearly unlawful and as there was no justification for the initial detention the accused were entitled to resist arrest. “It is not a crime to argue with a police officer,” he noted adding that the sworn evidence given by police officers had been shown to be: “incredible and unreliable.”

McFarlane concluded: “Had it not been for the existence of the videos there could have been a real prospect the accused may have been convicted,” adding that this would have been a “serious miscarriage of justice.” He then told the brothers they were free to go.

The case raises many questions about the honesty of police officers and the decision of Scottish prosecutors to continue with the case after they had seen the video. However one of the most troubling elements is that, apart from the Bella Caledonia website, not a single Scottish media outlet covered the trial or the outcome, with most saying they were just not interested. One told me that as they had an “exclusive agreement,”with an agency that covers Glasgow Sheriff Court they could not run the story as the agency had not had a reporter there.

Before the incident the brothers had helped organise over 50 protests against the Assad regime in Glasgow. Since their arrest there have been none.

(an earlier version of this story appeared on http://bellacaledonia.org.uk/2016/05/29/the-right-of-protest/)