The 9-11 Commission, Chilcot and the Brexit liars 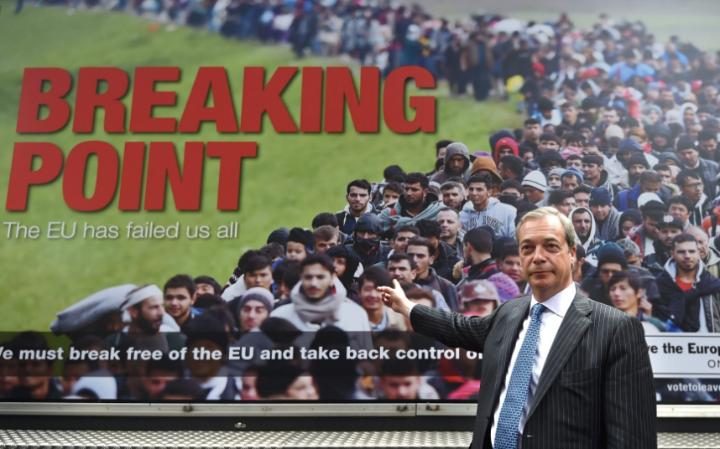 The comment had resonance because whatever the United States’ electorate were told about the reasons behind President Bush’s major foreign policy misadventure, the 2003 war in Iraq, the transparent version of the raw truth remained equivocal and elusive.

For a new president, especially one with a campaign slogan of ‘Hope’, the restoration of accountability on Capitol Hill was crucial. After 9-11 and the Iraq war, American citizens wanted answers, even if they didn’t know what their questions looked like.

Could the 9-11 Commission Report (even an advanced draft), had it arrived in late 2002, proved to be a game-changer

The 9-11 Commission, set up by President Bush in November 2002 , more than 400 days after the terrorist attacks, hadn’t done its job. It looked at 2.5 million documents, many of them previously classified, described in great detail what happen before the attacks, but failed to offer an explanation of what happened next.

It said the FBI and the CIA suffered intelligence failures, and hadn’t adequately served either of the last two presidents, Clinton and Bush. Most knew that anyway.

Crucially, the Commission panel concluded that there was no credible evidence that Saddam Hussein had assisted Al Qaida in preparing, sponsoring or executing 9-11.

Accountability and any allied transparency is often pointless if it arrives late. It would have been useful if both the United States and UK electorates had been given confirmation of the lack of evidence against Iraq ahead of the 2003 war. In the report, Iran, one of Bush’s ‘axis of evil’ states, is given far greater attention than Iraq.

But by the time 9-11 Commission Report arrived in July 2004, it was over a year since the US and UK had by-passed the United Nations, gone to war against Saddam, and the fall-out from their lack of planning was already been felt across the Middle East.

Could the 9-11 Commission Report (even an advanced draft), had it arrived in late 2002, proved to be a game-changer? Could it have brought a hesitancy in the advanced war plans of Bush and Cheney? Could it have given necessary political ammunition to Tony Blair if he really was intent on focusing the White House’s attention on the UN?

Such answers and hybrid policy guesses are now the domain of political historians. On Wednesday a similar process will begin when the findings of Sir John Chilcot and his team are finally published. And like the 9-11 Commission, if it is about accountability, it’s all a bit too late.

The Urgency of Truth

However this accountability, of the kind that ‘eventually’ arrives, has consequences, most of them negative.

Those you want to hold to account, those with power, elected or otherwise, should know that if lies are told, if there has been deception or corruption or misuse of democratic authority, then they will be found out: ‘Eventually found out’ , long after critical events have moved on, seems less of a threat.

Britain’s involvement in the Iraq war began with Blair’s meetings with Bush in 2002. UK troops began fighting in Iraq in 2003. That is 13 years ago. Chilcot started his investigations in 2009.

This week, though there will be a degree of accountability, it comes with a sell-by date that is a decade-plus old.

Yes, the Butler and the Hutton inquiries were more immediate, but their remits were limited, their scopes shortened and their authority almost pre-designed to be minimally invasive.

‘Eventually found out’ , long after critical events have moved on, seems less of a threat

For Chilcot ‘s inquiry report to have restored accountability, it perhaps needed to be an exercise of almost near-battlefield immediacy. Were we lied to? How widespread was the deception? Who helped hide the truth? Who got duped? The answers needed to come as soon as possible.

So what does it signal to the current crop of leading politicians, that justice, if it comes at all, is likely to arrive with a Zimmer frame?

That Chilcot is late, and lengthy, and complex, looks like a licence to stall. The current generation of political liars and sociopaths, will view Chilcot as evidence of a continuing comfort zone, a timely confirmation that if reprisals are to be faced, they will come late, and slow and confused by time.

Where are today’s liars? If not holding the top jobs, they have been bidding for them. Boris Johnson and Michael Gove and Andrea Leadsom and Nigel Farage and countless others, engaged in months of lies and groundless assumptions:

The UK paid the European Union £350 million a week that would be spent on the NHS if Britain left the grip of Brussels. Turkey was an imminent new member of the EU. British troops would soon be joining a new European army. Britain’s economy was so big and so important that Brussels would roll over and grant the UK anything it wanted to continue trading. There was no danger to the unity of the UK and there was no appetite for a second referendum in Scotland. Leaving the EU meant taking back “control”

Lying, from the mouths of a Johnson or a Gove or a Farage, is simply a political tool, the means to deliver personal ambition, a game that because of our inability to deliver fast-tracked accountability, comes with a built-in guarantee of business-as-usual.

What is the status of these evidence-free statements a week or so after the referendum vote? They have been exposed for what they always were – lies.

Those who told them, knowing they were far from the truth, assumed there will be no consequences, no accountability. They were delivered into the political sociopath’s perfect climate – one where there are no expectations that consequences will follow any unraveling lie. Lying, from the mouths of a Johnson or a Gove or a Farage, is simply a political tool, the means to deliver personal ambition, a game that because of our inability to deliver fast-tracked accountability, comes with a built-in guarantee of business-as-usual.

Perhaps a decade on, perhaps with an under-siege administration in Downing Street wondering if the UK could have survived better had it fought Brussels from the inside rather than outside, an inquiry will be launched with a remit to discover what really happened in June 2016.

Will the liars care much? Will they be concerned about the mechanics of accountability? No, why would they. The 9-11 Commission and Chilcot, if they are beacons of democracy in action, are perfect examples of the principle of better-late-than-never. What politician need worry when time is always on their side.