The Lesson We Refuse to Learn

I remember marching in the Stop The War demonstration. I recall a real feeling of power; that I was part of a protest so big, a voice so powerful, it couldn’t fail to be heard.

Not only was it not heard (or ignored), but Tony Blair was reelected two years later with a reduced, but – by today’s standards – huge majority. Not only did the government not care about the rights and wrongs of a war – the voting public did not have much interest either.

In this context, and before Labour disappears down this self-indulgent rabbit hole and into unelectability, I want to point out the following about the Chilcot report:

1. Much of the Labour Party has worked astonishingly hard for a long time to reduce thirteen years of government to the one issue of the Iraq War. The Iraq War is, of course, a defining event, but choosing to make it the only defining event seems to be counterproductive and a huge disservice to significant achievements over that period.

2. This same faction has also gone to great lengths to look at the entire Iraq War through the pinhole of this one moment in time and the decision of the UK – merely the senior of many junior partners – to join it, as if determinative. This is both reductive and weirdly arrogant, in a typically anglocentric way. One of the things that is clear from the Chilcot report is that regime change in Iraq had become the obsessive policy of an out-of-control PoTUS and would have happened anyway.

3. This doubly skewed perspective endangers the opportunity to learn wider lessons, lets off the hook a number of culprits and ignores a myriad factors. To name but a few:

a. The American administration – both in terms of, quite clearly, being the post-9/11 driving force behind that war and in terms of its decision to withdraw hastily under Obama from the explosive mess it helped create.

b. The press – always initially shaking its pompoms for war then damaging reconstruction efforts by demanding withdrawal if victory does not materialise instantly. Where was their critical inquiry of the evidence? The fourth estate was mostly asleep on the job.

c. The Conservatives’ hawkish instincts, cheering for any sort war, whether in opposition or (as currently) in government. They can pretty much dismiss Chilcot as “a Labour issue”.

d. The role of the Arms Industry which profits from arming this side, then that one, then this one again, ad infinitum. Their sales force will soon be touring war zones with the next PM as its head-pusher, just as they did with the current one.

e. The deeply damaging entrenched convention of presumptive support for the government on matters of war. Recall how Milliband was reviled for going against bombing in Syria, by the very same papers who declared all who objected to the Iraq War “traitors” and “cowards”, and who labelled Blair a monster today.

4. Parts of the Labour Party are now working actively to rehydrate this desiccated catastrophe and smear with it, anyone who doesn’t declare undying loyalty to Jeremy Corbyn. I have seen people calling all 172 MPs who oppose him “#chickencoup Blairite warmongers”.

5. This is despite the popular notion that Tony Blair hoodwinked everyone so that they’d vote for war being in direct contradiction with the equally hard-promoted idea that everyone who voted for war did so in bad faith. Not to mention that many of those MPs didn’t enter Parliament until after the Iraq war. They are tainted by association for opposing Corbyn.

6. There is a self-congratulatory (similarly pinhole) view of Corbyn “getting this spot on” and being a uniquely moral man for objecting to it, which ignores the fact that Corbyn objected to a wide raft of things the Labour leadership said or did for three decades. The constant heckler always eventually becomes background noise. It is as ineffective an attitude for an MP, as it is for a whole movement and it seems, sadly, the direction in which the party is being taken.

7. Presumably, the Iraq war could have been prevented if more MPs had been as brave as Corbyn – would 172 had been enough? – and had rebelled against a leadership with which they disagreed. But that would have been wrong, because Tony Blair had a huge mandate, wouldn’t it? Can someone explain to me when rebelliousness against popular mandate is right and when it is wrong?

8. The dominant narrative therefore – astonishingly promoted primarily by the Labour leadership – has become one which, instead of seeking to detoxify the Party by looking at the clear wider systemic flaws and suggesting how to fix them, fervently seeks to retoxify it.

9. This narrative is, in short: everything wrong with the world today is down to the Iraq War; the Iraq War was all Tony Blair’s fault; the Labour Party is still mostly Blairite. All three of those statements are, of course, reductive and untrue.

10. In this way the entire party is defined with reference to an event more than a decade in the past. Either by its perceived opposition to it or by its perceived tacit acquiescence. This will be deeply unattractive to all but the most niche voters, making Labour unelectable whether coming from the left or the centre-left.

11. One possible explanation for this self-harm is that a split is already decided and imminent and the faction about to break off has decided that, if they will not be allowed to keep “the brand”, the only rational strategy as future competitors is to destroy it. Another possible explanation is an astounding level of political incompetence.

If the Chilcot Report seeks to teach anything, it is about the disastrous consequences of tainted judgement; of letting confirmation bias become the central filter of fact; of how damaging blind loyalty can be; of the dangers of acting on a fervent belief you’re right and everyone else is wrong.

I do not seek to excuse anyone’s actions. I merely seek some balance and perspective away from the need to put everything in 140 characters. I hope, rather than expect in the current climate, that this post will be taken in this spirit and the consequences of this path to electoral oblivion duly noted.

Power without principle is destructive, but principle without power is impotent. The point is to find a way of combining the two. Arguing for an electable Labour Party is not tantamount to arguing for an immoral Labour Party. Failing to understand this makes it impossible to be anything else than a protest cult.

Having observed this phenomenon twice in a year, both in the UK and Greece (not to mention similar things in Spain, Egypt, and the US), I think many underestimate how little the purist left in any country want to be in charge.

In some dark recess of their minds they know the business of government is dirty; they know it involves compromise and doing unpopular things; they know it necessitates horse-trading this important principle for that more urgent one. That every Tsipras turns a little Papandreou and every Corbyn turns a little Blair.

Their psychological strategy is not victory, it is victimhood. They consciously engineer situations where they cannot possibly win power. And if they come close to it, they torpedo their own leader for coming up somehow ethically short. They find reasons why they were unfairly defeated – the media, the opposition, the PLP, the electorate – and organise another satisfying, yet ineffectual demonstration.

I, for one, am very close to switching off entirely and leaving the righteous to their echo chamber. And I am interested in politics. I can only imagine what the Labour Party looks like right now to people who are not that interested. 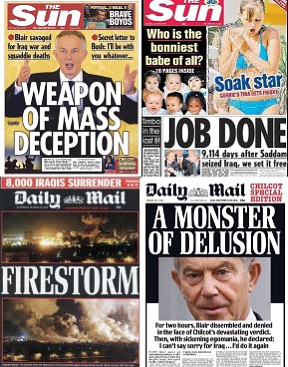