#Skada Series 6 – Life Carries On, We Are Sweden

Ann works on a hotel reception in the centre of Malmö. She’s what I would think of as typically Swedish: white, blonde and tall. Oddly, this isn’t ‘typically’ Swedish in truth, because there is no such thing.

She greets me with a bubbly “Hej-Hej!” and quickly spots I’m British, seamlessly switching to flawless English with no less sparkle in her tone. I explain to her that I’m a journalist, in the city to explore the truth about crime and immigration and President Donald Trump’s comments which caused a tsunami of international coverage.

“Life carries on, we are Sweden!”

“It’s crazy that he took that and made a big thing out of it,” she says, referring to Trump’s ‘last night in Sweden’ comment which appears to have been based on his watching a Fox News documentary. “But he hasn’t said much about what happened on Friday.” Only days before my arrival the Stockholm terror attack had taken place.

I ask her about the reports of riots, and the claims by Nigel Farage that Malmö is the rape capital of the world. She waves her hand and laughs, “of course there is crime, there’s crime everywhere, but it’s perfectly safe.” A criminologist, a deputy mayor, the police chiefs, and my own research all confirm this.

I briefly ask Ann about the raw events in Stockholm and her reply is unhesitant. “Life carries on, we are Sweden!” 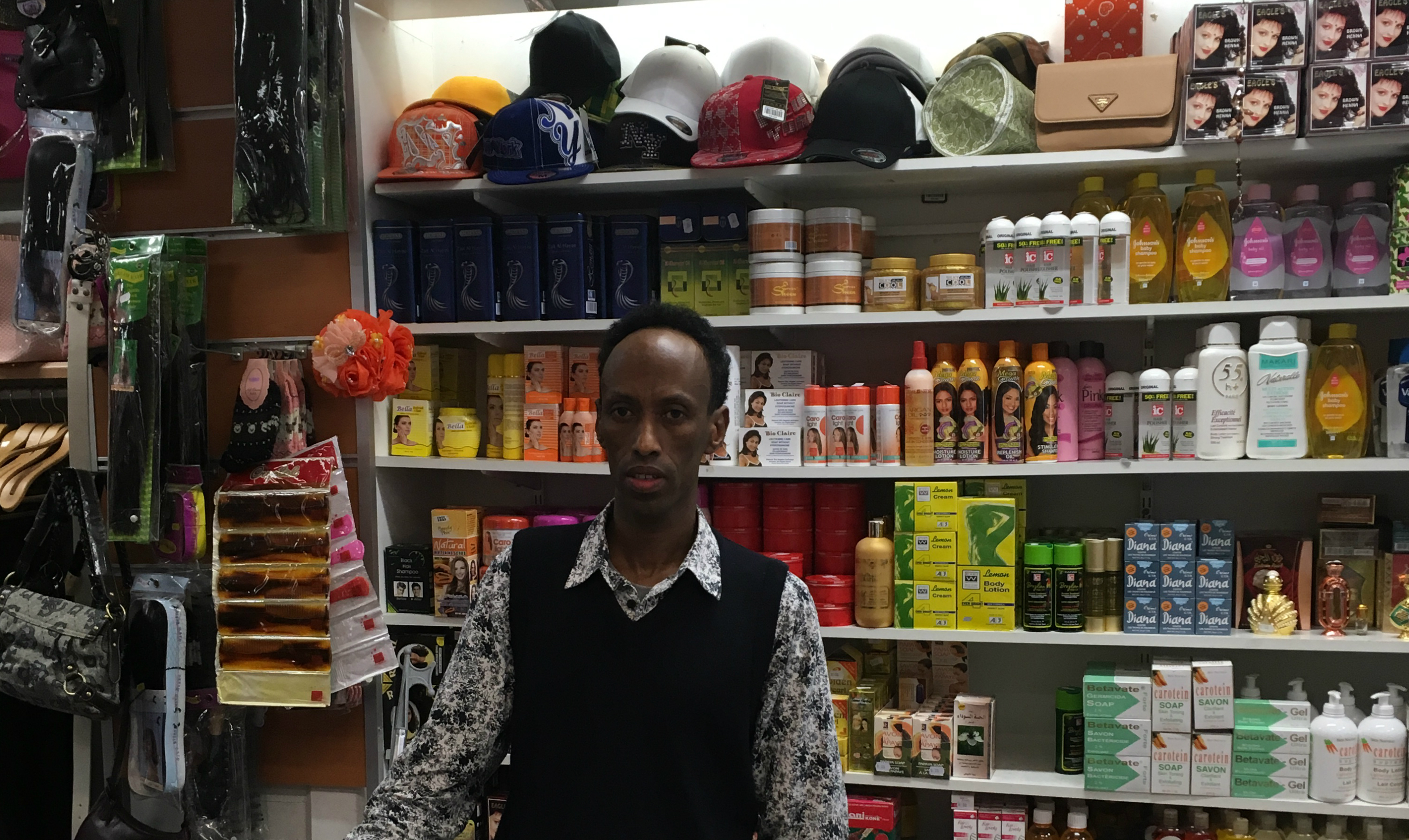 Deeq has owned Safari Fashion, a vibrant and colourful shop in a peaceful but busy mall in Rosengård, since 2006. He speaks three languages and his English is excellent.

“I see problems in the news but never with my own eyes.”

He arrived in Sweden from Somalia in 2002 and has always lived in Rosengård. “It’s always the same here. Always. It’s good and, for me, peaceful. I’ve never had a problem.”

Watching him interact with his customers, from all manner of backgrounds, is a pleasure. He pauses to continue speaking with me. “There can be problems, nothing unusual though. I see problems in the news but never with my own eyes. Some things are just exaggerated,” he says, echoing everything I’ve found during the course of my investigations.

I’m curious about the significant transition from Somalia to Sweden. “It was a big change. The climate, the culture. But they are very kind people in Sweden,” he says sincerely. I can imagine the shock of the cold was quite something. “I studied in high school when I came, even though I was 26, and went straight to work afterwards.”

It’s clear Deeq loves Sweden and feels Swedish, but how does he feel about Rosengård? “There are big cultural differences, lots of different cultures, but we all get on really well.”

I’m struggling to find any trace of the huge problems reported by the international press and Deeq shrugs too. “They never report positives. The journalists never come here to ask me. Swedish people think Rosengård residents are negative people but that’s just not reality.” It appears I’m a novelty.

“they never report positives. The journalists never come here to ask me.”

I ask him about Donald Trump and he sighs. “I don’t know where politics is heading today. The right kind of politics is being lost. I think it’s better to focus on positives but it’s just every negative thing in Swedish society, not just Malmö. Sweden has always been even and stable but I think it’s heading to problems with all of this.”

I ask Deeq what he thinks has changed. “It’s caused by the media, the politicians. The negative things are everywhere now. Sweden, the EU, the world. We live in a global network and it spreads this way.” I can’t help but think back to Nils Karlsson’s comments on us wasting the crowning moment of humanity.

“We live in a global network and it spreads this way.”

After leaving Rosengård I head back to the centre of Malmö and wander the side streets until my eye catches a solitary broken window. Perhaps I’ll get a different view. A contrast.

The family run cobbler also cuts keys and a white Swedish woman in her mid to late sixties is out the back, playing with her grandson. She waves, adds a cheerful “Hej!”, and comes to the counter, peering over to look at my shoes and see what’s broken. I’m sorry to disappoint her by being there to ask questions.

Britta also speaks good English, though she says she doesn’t get to use it much anymore. I ask her about the broken window. “It was smashed,” she shrugs with a smile. “Nobody was trying to get in, you can see that.”

I ask her what the police did when she reported it. “They asked about a camera, but I don’t have one. What can they do really, it’s just damage.”

I ask if she has had problems before and she vigorously shakes her head. “No, first time.”

In terms of general safety, Britta just doesn’t like the big city anymore and is glad to retreat to her village after work, for simple peace and quiet. “I don’t know if it changes at night as I don’t get out on nights.” As Manne Gerrel pointed out, most crime is focused on the city centre in the evening (as you would expect anywhere in the world) but it has been falling.

I ask Britta about Donald Trump and she laughs loudly. “I heard this. It’s not true, nonsense! You can come here and look before you say it. Trump is totally wrong.”

I press her a little on immigration and she surprises me. “It’s good too. They can work and pay taxes! There are always some who come who are criminals but with them, we see. Most are good people.”

I suppose the real question then is on integration rather than immigration, so I ask Britta if new communities do make the effort to integrate. Her response turns the question on its head. “It’s up to us! We must take them along and teach them how we live.”

Having talked to real Swedes who are warm, articulate, liberal, and welcoming, I watch a viral video posted in response to Trump’s comments, chuckle, and get ready to follow a trail I’ve picked up…here