The snap election saw Prime Minister Theresa May handed a humiliating loss of her majority, leaving her no option but to try and form a coalition with Northern Ireland’s controversial DUP.

With rumours still rife as to the DUP’s six figure donation during the EU Referendum campaign – over £400,000 from shadowy Conservative linked to Saudi Arabian intelligence services, Richard Cook – and arguments over ‘bribes’ from Arron Banks – which had by yesterday extended to allegations Banks would use ‘leverage’ on May to push Nigel Farage into a Brexit negotiating position with the DUP’s blessing – I decided to cut to the chase and ask Leave.EU’s Andy Wigmore what exactly is going on.

I walked away with more evidence to submit to the ICO and the Electoral Commission.

“With rumours still rife as to the DUP’s six figure donation during the EU Referendum campaign, I decided to cut to the chase and ask Leave.EU’s Andy Wigmore.”

At first Andy told me “you’re an ex cooper you work it out dopey,” but, after we concluded I had, in fact, been a police officer and never made barrels, he was more helpful.

“Nothing to do with us dear boy,” he told me on the DUP funding, adding “ask the Vote Leave lot.”

I pressed him on who I should be speaking to specifically, but he didn’t respond.

It was only in March 2017 that Richard Cook was openly looking to spend his money on a unionist campaign in Scotland, with the Telegraph reporting “Cook, who chairs the pro-Union Constitutional Research Council (CRC), said “several” wealthy backers are prepared to hand over major sums to “a new and positive campaign” to keep the UK together.”

During the Brexit referendum, Cook’s money was used by the DUP to fund a rather excruciatingly expensive cover advert in the Metro, at a cost of over £250,000, but its incredibly difficult to tell which campaign group this was specifically aligned to, if either. 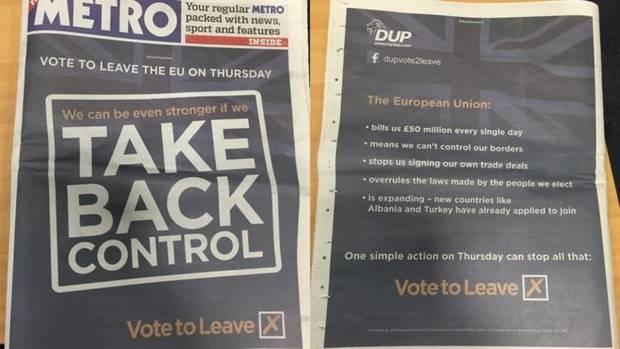 Thankfully, Wigmore loosened up during our chat and told me “All DUP did for Leave.eu was support us by speaking at rally’s full stop.” 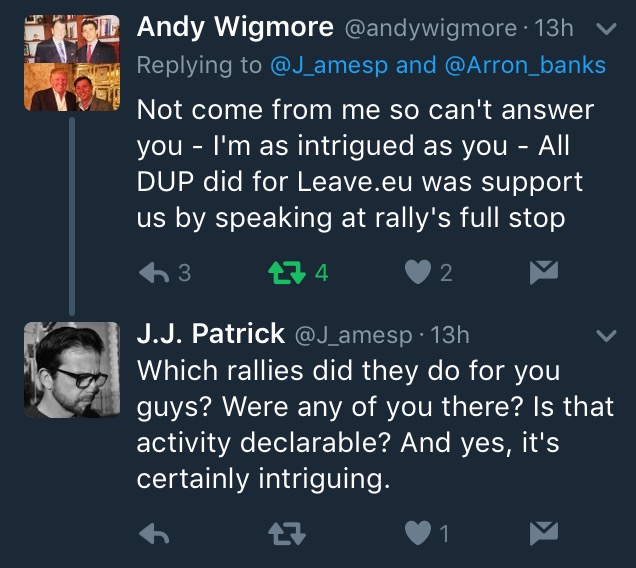 The Guardian’s Carole Cadwalladr has already established potentially illegal collusion between Leave.EU and Vote Leave, relating to the use of foreign based data companies.

It appears that the DUP efforts may represent joint campaigning or a ‘donation in kind’ which should have been declared. As such, I’ve referred this article on to the Electoral Commission who earlier this year started an investigation into Leave.EU over donations in kind from Cambridge Analytica.

According to The Times, reporting on the 11th of June 2017, “Theresa May has been warned that she should hand Nigel Farage a peerage and a government job on her Brexit negotiating team or face a relaunch of Ukip that will leach votes from the Tories at the next election.”

According to the Times article, Banks said if May turned away from any Brexit pledges he would deploy his mailing list against her, saying “it will be ding, ding! seconds out, round two!”

On the alleged issues of Banks using leverage and Farage’s insertion into Brexit, Wigmore told me “not come from me so can’t answer you – I’m as intrigued as you.”

Of course, others had been asking if the leverage he spoke of might refer to a rumoured £2 million spend on a so-called “Tory/UKIP alliance”.

Having seen the pop up posts myself, I put the question to Andy, but he did not reply.

Again, such spending should have been declared by both parties. 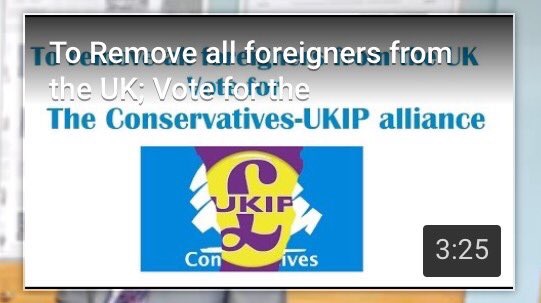 Previously, I had started to explore Banks’ and Wigmore’s links to the small African country of Lesotho, following a trail of company listings from the Panama Papers.

Mr Wigmore had previously confirmed to me they were, as a group, supporting the BNP party in the Lesotho elections, though he has now clarified that the corporations listed in the Panama Papers were “shell companies.” He added that their Lesotho operations include “diamond mines, call centre employing 1500 people,” and “huge charitable donations into Lesotho.”

I asked Wigmore what the call centre does, if it was outsourced insurance, international or domestic services, what the company was called. He didn’t reply, other than saying “what do you think a call centre does.”

Using contacts in the diamond trade, I have already established that the mines were a limited output operation, but the call centre information was new.

I’m struggling to find relevant records presently, but the Lesotho National Development Corporation has issued a tender which states “call centre outsourcing is a big business opportunity for developing countries with a huge qualified work force and high unemployment rates. Many organisations prefer to outsource call centre services as this is a cost saving opportunity for them, while being beneficial for the hosting country as well.”

Of course, if a group dedicated to a brighter future for Britain outside of the EU, taking a fiercely ‘patriotic’ line, were also encouraging outsourcing to a foreign country, this might raise some eyebrows among their supporters.

Hopefully, however, this can be clarified in due course.

“if a group dedicated to a brighter future for Britain outside of the EU, taking a fiercely ‘patriotic’ line, were also encouraging outsourcing to a foreign country, this might raise some eyebrows among their supporters.”

I’ve also previously investigated Leave.EU’s involvement in the gathering and sharing of big data and the findings of the articles – which raised serious concerns over data laundering – were referred to ICO, sparking another inquiry.

One of the companies I uncovered in the Leave.EU network was a relatively new outfit called “Big Data Dolphins” and no real records of its function existed.

Mr Wigmore told me during our conversation that the company was working on “artificial intelligence,” adding it was “already fully functional based out of Bristol and Mississippi for insurance/financial services.”

I asked him what the company focused on, if Governor Phil Bryant had been useful and if they were using any of the databases they had established through other companies. Mr Wigmore didn’t reply. 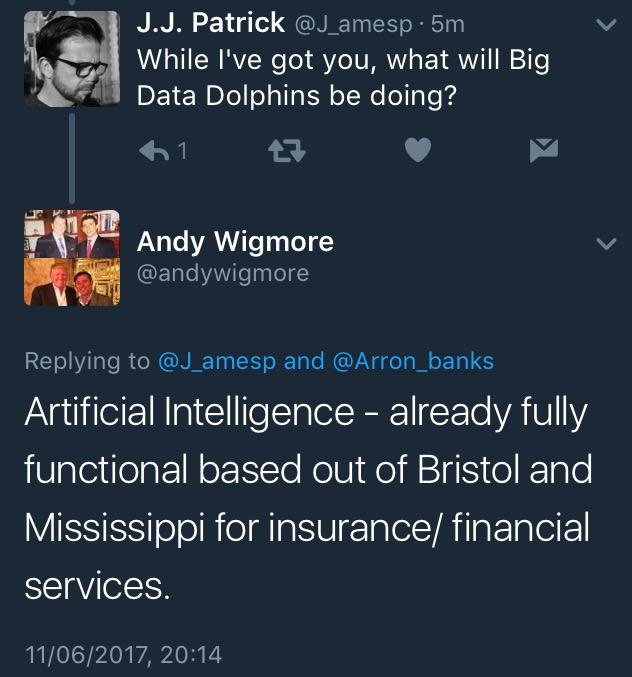 During my previous investigations I uncovered extensive links between Farage and Leave.EU and the Mississippi governor, which connects all of them directly to Trump’s White House and the Russia probe.

The FBI have also named Farage as a ‘person of interest’ in their Russia investigation in the weeks following the submission of extensive evidence gathered in the course of my investigation. The UK parliament has not yet responded as it remains dissolved.

While Farage disputes any involvement, further investigations raised even more questions thanks to a declassified CIA report and Farage’s relationship with Russia Today.

After the initial Mississippi article was published, Farage hosted Governor Bryant as a guest on his LBC radio show, during which they discussed President Trump’s “strong affection” for the UK’s departure from the EU and talked about free-trade deals.

Mr Wigmore told me last night that the company was working on “artificial intelligence,” adding that it was “already fully functional based out of Bristol and Mississippi for insurance/financial services.”

As a result of Mr Wigmore’s comments regarding the international data company, this article has also been referred to the ICO due to a clear connection with the ongoing inquiry.