A whistleblower has come forwards this morning with chilling evidence of the extent of canvassing operations deployed by an organisation called Vote Source, whose website claims to be copyrighted by the Conservative Party in 2017 and is “promoted by Alan Mabbutt on behalf of the Conservative Party, both at 4 Matthew Parker Street, London, SW1H 9HQ.” The website is accessible by log in only.

The information in this article has been immediately forwarded to the Electoral Commission and the ICO, who warned parties prior to the election to ensure they complied with data collection and marketing protection rules.

The whistleblower told me today that “About six weeks ago I applied to be a Conservative telephone canvasser via their website. I got an email from Jack Spriggs via the Conservative party directing me to www.votesource.uk, where an account had been set up for me.”

“I took some screenshots at the time because I was interested in canvassing methodology and the seats the Conservative party had selected as targets. Since the Channel 4 news report last night I have taken further screenshots detailing their scripts as the scripts sent to volunteers seem very similar to those given to Axe, the fake ‘market research’ company set up by the Tories during the election.”

The screen shots, showing the extent of the database and the scripting are shown below.

The database itself follows the Cambridge Analytica style of model, in which a profile is generated for everyone which includes electoral register, voting intention data, social media networks, household information, and a broad stream of other data which can be used to create targeted messaging. It also lists, per user, which campaigns they have been targeted in and what material or method has been used with them. This technique has been the subject of increasing scrutiny since the Brexit referendum and also the Trump campaign, with big data profiling now widely regarded as a weapon. 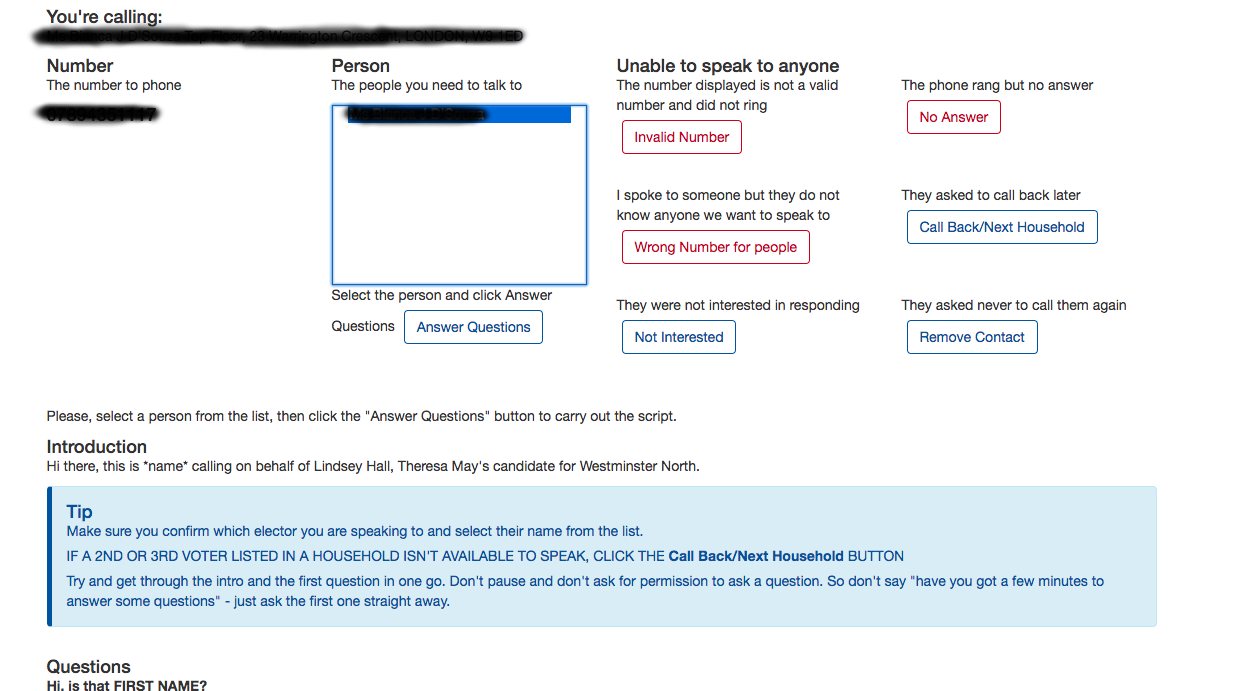 A comment from Jack Spriggs at the Conservative Party has been requested.

There is no suggestion Vote Source has broken the law, but the matter has been referred to the appropriate authorities in order that they can make an informed assessment.