Following an FOIA request submitted by Unite, the UK Government has refused to release estimates on how much food prices will increase as a result of Brexit.

The Department for Environment, Food and Rural Affairs (Defra) was asked: “what assessment or estimate has been made of the increase in food prices in the run up to the UK leaving the European Union and the first five years after the UK’s departure.”

“there is a strong public interest in withholding the information, in this instance.”

DEFRA declined a response, using the defence of “strong public interest” in their refusal to provide vital information which will impact upon millions of Britons.

A government spokesperson for Michael Gove’s department said: “We recognise that there is a public interest in disclosure of information concerning the increase in food prices in the run up to the UK leaving the European Union and the first five years after the UK’s departure. However, there is a strong public interest in withholding the information, in this instance.”

Citing concerns over the UK’s now known to be non-existent negotiating policy, with key Leave figures promoting a US Trade deal on Hormone Beef and Pork and Chlorine-washed Chicken, the government added: “We consider that premature disclosure of information could seriously mislead the public and is not in the public interest. In the meantime, however, Defra will continue to monitor food prices.”

Figures including Foreign Secretary Boris Johnson have been giving strong indications that food standards will need to be dropped from British cut and paste activity under the remit of what has become referred to as the Enabling Act. 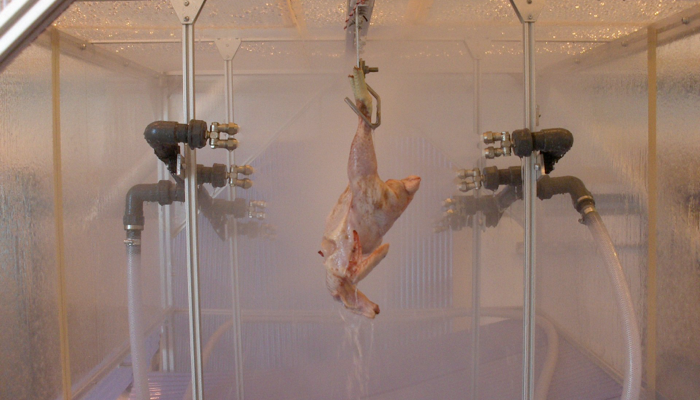 While Britain’s Leave fantasy world of free trade with the US began to publicly unravel over Bombardier, with the Boeing winning a case against subsidised manufacture and Prime Minister Theresa May declaring an ill-advised trade war over US defence contracts, the EU have quietly set out their plans for enhanced food quality across the union.

The Commission has issued a set of guidelines on the application of EU food and consumer laws to dual quality products, as announced by President Juncker in this year’s State of the Union speech.

The guidelines will help national authorities determine whether a company is breaking EU laws when selling products of dual quality in different countries.

Jean-Claude Juncker, President of the European Commission, said during his State of the Union speech: “I will not accept that in some parts of Europe, people are sold food of lower quality than in other countries, despite the packaging and branding being identical. We must now equip national authorities with stronger powers to cut out any illegal practices wherever they exist.”

The guidance lists and explains the relevant requirements from EU food laws and EU consumer laws to which authorities need to refer when analysing a potential dual quality product issue:

– the Food Information Regulation which requires that consumers are given truthful and sufficient information about a particular food product. For example, food labels must list of all of the ingredients contained in a product.

– the Unfair Commercial Practices directive, which prohibits unfair commercial practices, such as marketing identically branded products in a way that has the potential to mislead consumers.

“I will not accept that in some parts of Europe, people are sold food of lower quality than in other countries”

Based on this legislation, the guidance establishes a step-by-step approach for the national consumer and food authorities to identify whether the producers are in breach of these laws. In case there is a cross-border aspect to a breach, the consumer authorities can address it through the Consumer Protection Cooperation network at the European level.

The national consumer and food authorities are responsible for ensuring that companies comply with EU laws. However, the European Commission is committed to helping them through this guidance and through different work strands.

Věra Jourová, Commissioner for Justice, Consumers and Gender Equality said: “Presenting two different products in the same branded packaging is misleading and unfair to consumers. This issue is a clear example that we can solve cross-border problems only when working together on EU level. For too long Member States alone couldn’t find the right way to address this. I am determined to put an end to this practice, prohibited under EU law and make sure that all consumers are treated equally.”

In addition to these guidelines, the EU is working on a methodology to improve food product comparative tests so that Member States can discuss this issue on a sound and shared scientific basis which is the same for all.

The Commission has made €1 million available to its Joint Research Centre (JRC) to develop this benchmark and is also financing further work on the collection of evidence and enforcement by offering €1 million to Member States for the financing of studies or enforcement actions.

The EU has started a dialogue with producers and brand associations, who have committed to developing a code of conduct for this autumn.

On the 13th of October, the European Commission will participate in the Consumer Summit, a high-level ministerial meeting on the topic of dual food quality organised in Bratislava by the Slovak and Czech governments.

While Britain’s DEFRA refuses to inform the British public on what will happen with their food, the EU are organising workshops with consumer protection and food safety authorities in September and November 2017.