The process was renamed after a “non-referendum popular consultation” on the same topic and the same date was suspended by the Constitutional Court of Spain.

“The truth about the situation around Catalonia and Spain is different: you are being used.”

The ballot carried two questions in a conditional format: “Do you want Catalonia to become a State?” and “Do you want this State to be independent?” The second question could only be answered by those who had answered Yes to the first.

80.8% of the cast votes supported the Yes–Yes option, 10.1% the Yes–No, 4.5% the No option. It has been suggested that anti-independence voters boycotted the process altogether as it was suspended following the high court decision.

The 2017 independence referendum was again not held to be ‘legal’ and the Spanish government intervention is now a matter of history, though only twenty-four hours has passed since the ballot.

According to Catalan figures, 90 per cent of the 2.26 million voters who cast a ballot voted for independence – a turnout of 42.3 per cent.

Little has changed since 2014 except the level of tension, however, the Catalan government has already declared a mandate for independence, while the Spanish government have claimed with equal certainty no such vote took place in the eyes of the law.

In this there are no winners. Catalan leader Carles Puigdemont and Spain’s Mariano Rajoy have both dealt awfully with the situation and the resultant conflict has ramifications well beyond their own borders.

https://twitter.com/GuyVerhofstadt/status/914524846670958600p>The EU have been placed in an impossible situation by the Catalan vote.

On the one hand they cannot be seen to be directly interfering in the sovereign affairs of a member state because this plays to the divisive, nationalist narratives created and manipulated during the Brexit referendum, for one example. On the other hand, they are now under fire for failing to intervene.

This morning I spoke with the EU who confirmed high level discussions are ongoing, however one source believes Guy Verhofstadt’s line is likely to be the one repeated: a condemnation of excessive force combined with a denouncement of activity outside of the law, both accompanied by a call for negotiation.

Rightly, citizens of all countries and parliamentarians are horrified at the thought of force being used in any democratic setting, and this has generated an emotional swell.

At the same time, we are all critically-minded enough to understand any democratic ballots must meet the requirements of legislation.

It’s also the case that, from outside, we are receiving a very

different type of message from those directly affected by the situation.

However, emotional response outweighs rational reaction and this is exactly what has been exploited in every single one of the heavily manipulated campaigns of our recent history. This situation is no different and with a degree of immediacy the thrust of this has started to become clear.

The EU are also aware of this, knowing full well they are being targeted by an external military operation focused on destabilising the union for its own ends.

Strategically, this referendum has provided an exceptional yet predictable opportunity for those whose interests have little to do with the well-being of Spanish or Catalan citizens.

Malign intentions were trained on the Catalan referendum from the outset. Hands we now recognise have been all over it.

Snowden, Assange, RT, Sputnik. Every single one of them suddenly appeared in the sphere of commentary and from this point the situation began to transform at pace.

This was accompanied by a secondary pattern with which we are now all very familiar: Bot Traffic.

Continuing to track the activity, El Pais documented a 2000% increase in traffic from Russian networks.

And yes, they’ve been working Franco supporters too. It is what they do. The aim is not independence or dependence. It is disruption and chaos which reaches as far as possible by any means available. Drive the wedge.

The tactic works because it doesn’t need to create a weakness – something which is impossible.

As with the Spain/Catalonia situation, it simply finds an old wound and picks the scab until it becomes infected. Then it helps the infection spread. For example, an internal sovereign dispute has now become an issue of the EU’s failures, according to the narrative.

This message, tailored as it has been, translates well to anywhere else where a referendum is being discussed – Scotland for example (where I personally support the idea of UDI).

It also becomes a highly effective propaganda tool to spread messages such as “I voted to remain in the EU but…” Simplistic emotional tweaks.

You’ll also notice “What’s the point of an EU army if it doesn’t intervene,” starting to appear too. Despite the fact joint defence doesn’t yet exist, the purpose of it would be to protect the EU from the external assault – including hybrid offensives of disinformation – not roll tanks into elections. But that’s how the seed will be used by the very people the joint force will be aimed at. 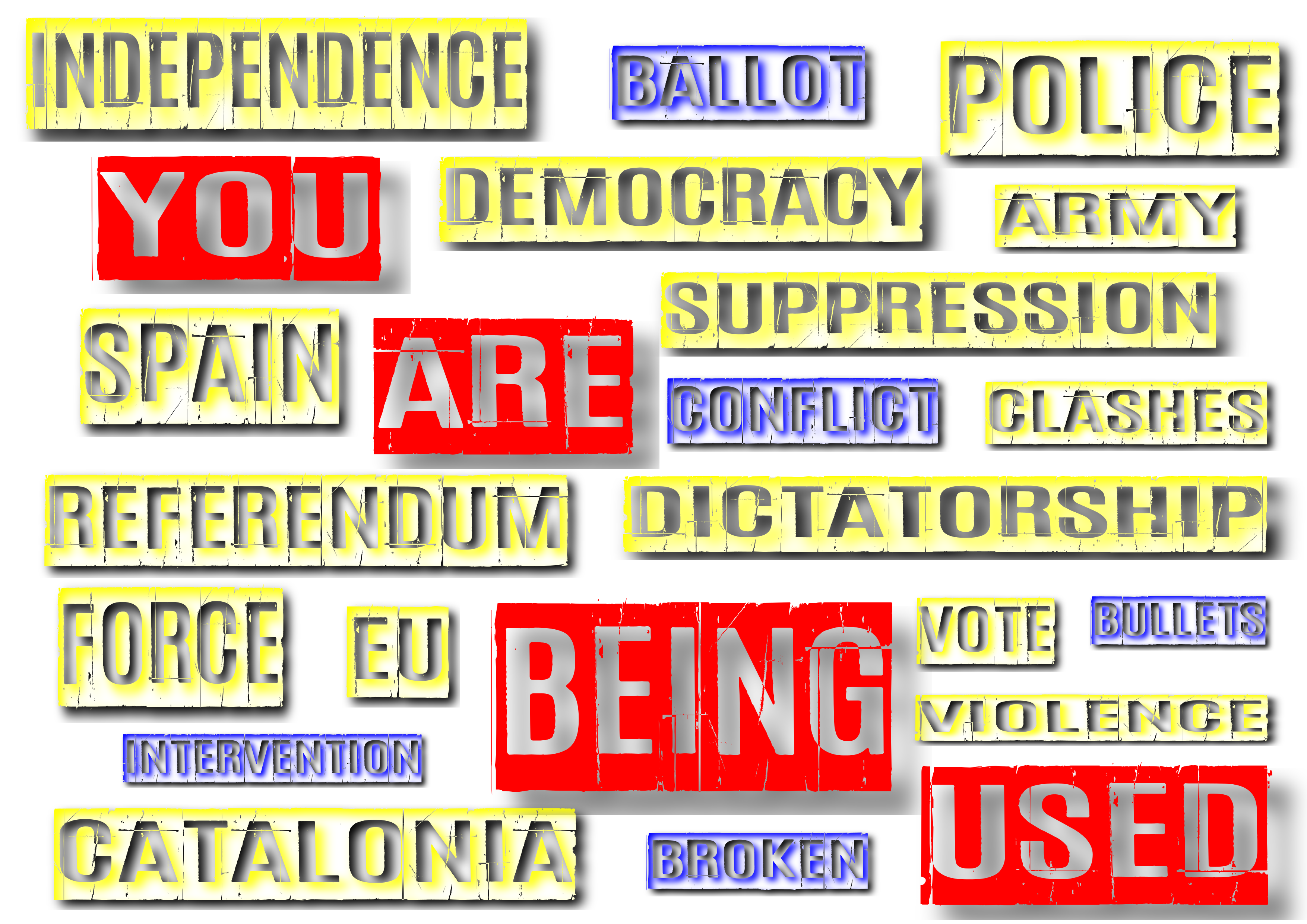 A lot of confusion still exists around the functionality of this type of disinformation, but part of it is now known to be more than simple signal amplification.

A concept of network centrality is starting to emerge, where propaganda is focused at you to get it into your network, but not for you to digest: it’s truly aimed at the people you interact with who have undecided or pliable views. As a marketing principle this is as old as selling more peas by pushing fish and chips.

The truth about the situation between Catalonia and Spain is this: it’s been horrendously handled by both parliaments, pushed people against each other in an impossible conflict of democratic voting versus democratic mandate to hold a vote, and it will leave a bitter scar on domestic politics which may never heal.

The truth about the situation around Catalonia and Spain is different: you are being used.

With Russian focus, both direct and deniable, now openly looking at every election and referendum for the foreseeable future, this is a pattern we can expect to see again and again.

What you do with that knowledge is your choice.