Internet routing databases picked up the new link on Sunday.

Having initially declined to comment, TransTeleCom have issued a statement which says:

“TransTeleCom (TTK) has historically had a connection to the

communication network of North Korea under the agreement with Korea

Posts and Telecommunications Corp, which was signed in 2009.”

According to research website 38 North: “TransTeleCom, or TTK, is one of Russia’s biggest telecommunications

companies and a subsidiary of the Russian railway operator. Fiber optic

lines are laid alongside the railway and, according to a map on its website, on a route from Vladivostok right up to the North Korean border.”

This appears to show the link running across the Khasan bridge. 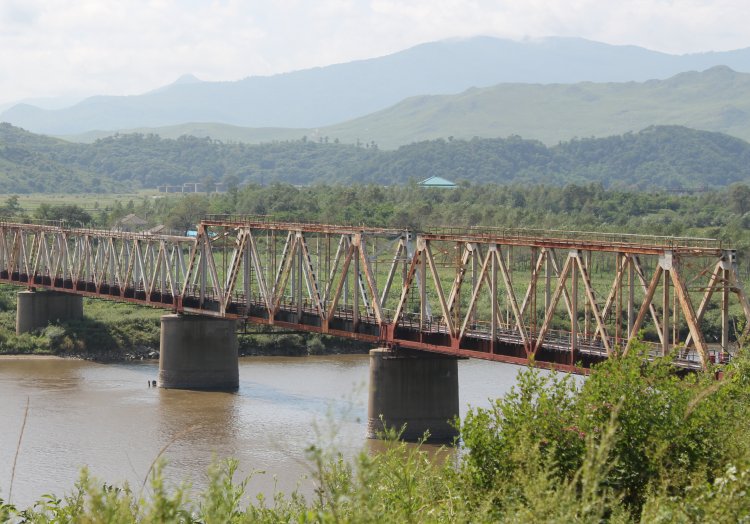 While the improved bandwith may not appear important, it is.

Russia, through the new connection to North Korea, can now falsely

being caught out so swiftly.

In May the Wannacry attack which hit the world was blamed upon North Korea on the basis of flawed evidence.

In fact, the attack is widely believed to have come from Russia, who seeded North Korean clues into the code to deflect attention from their own security services who carried out the offensive.

Since then, it has become known Russia was indeed targeting utilities and critical infrastructure through further cyber attacks, including through the NotPetya assault.

It is anticipated a new barrage of Russian infrastructure attacks will commence in the coming days and weeks, using the North Korean network mask.

With this comes a genuine risk a Russian attack on the US could be blamed on North Korea and cyncially be used in justifying Trump’s calls for military action or nuclear strike – with particular consideration given to NATOs restated approach to Article 5 of the Washington Treaty in response to Russia.