#WhiteWash 5 – Inside The White Radicalisation Network

The wake of the horrific mass-murder in Las Vegas saw an immediate and now predictable response: the instant generation of conspiracy theories which blamed the incident on ISIS, the Democrats, the CIA, and others including Barrack Obama.

Within hours, InfoWars – an intrinsic part of the global disinformation network operating alongside Russia – had included OJ Simpson.

Predictability, however, lends itself well to tracing genesis and, in this case, a dark threat to our children.

“I will unironically radicalize your children. Children include anyone

from from the age of 5 to 18. I will be opening private schools and

classroom. There is nothing you can do to stop me.” 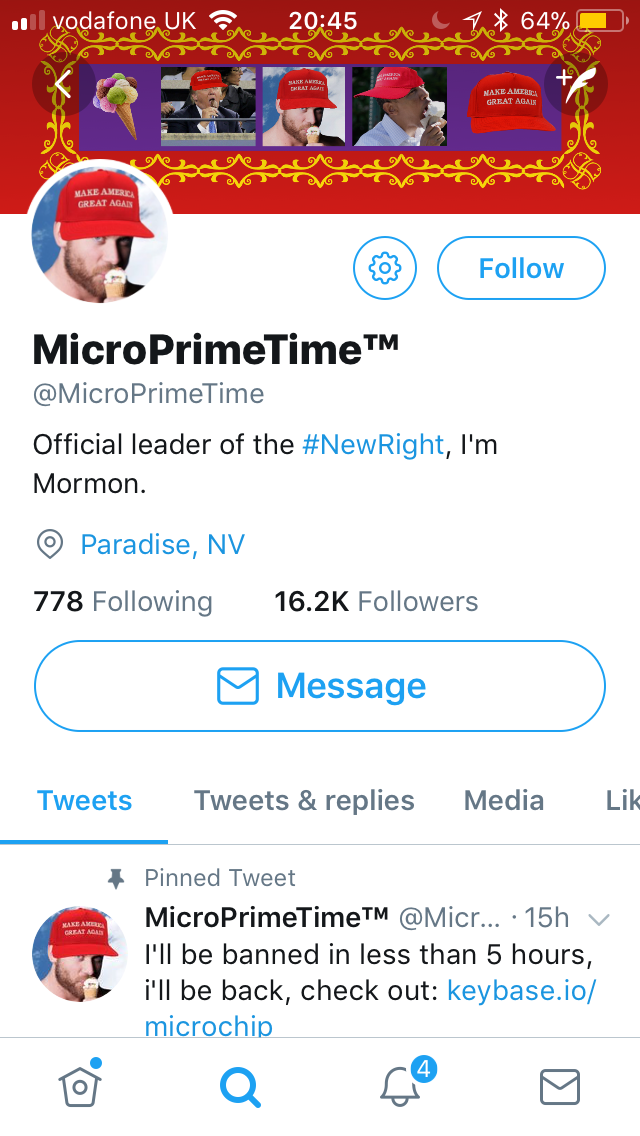 Last night this Nazi account was put on ice, having been begging for blocks and reports, harnessing the viral nature of network centrality in doing so.

This came in the wake of the account seeding a number of the conspiracy theories which were later pushed across the right-wing outlets. The operator was not shy about it. 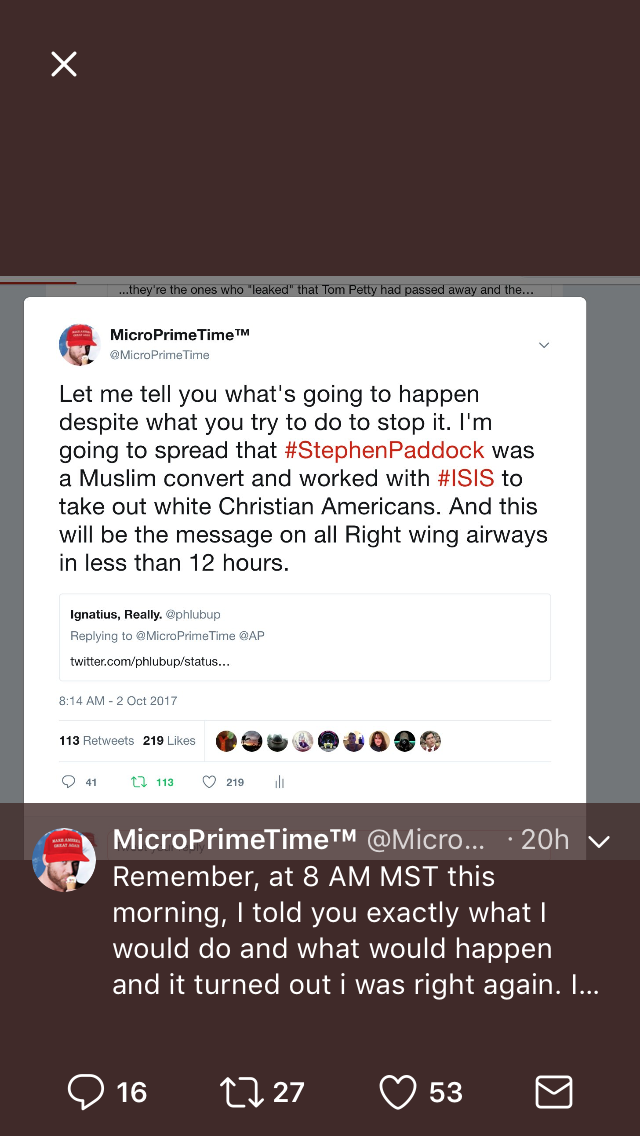 They were even happier when news outlets (including Buzz Feed) picked up on the appearance of the false stories, actually spreading the message on their behalf. 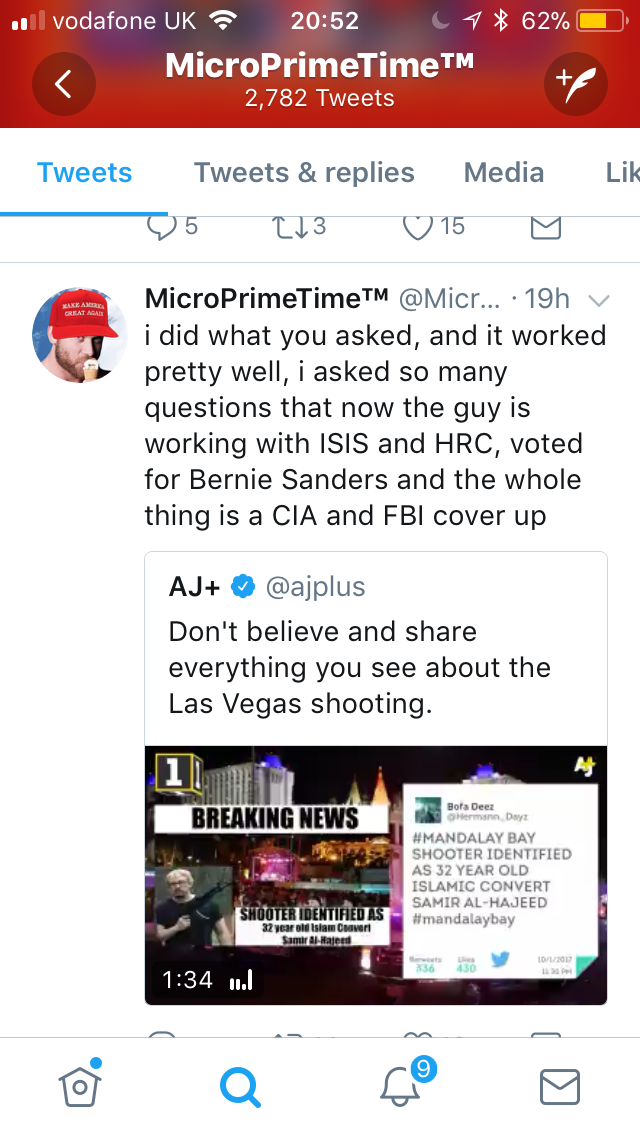 The reason the spread of the messaging – even where its aimed at being critical – is important is a simple one: this is how the dialogue escapes the confines of its own network and, like malware, is able to infect other hosts. 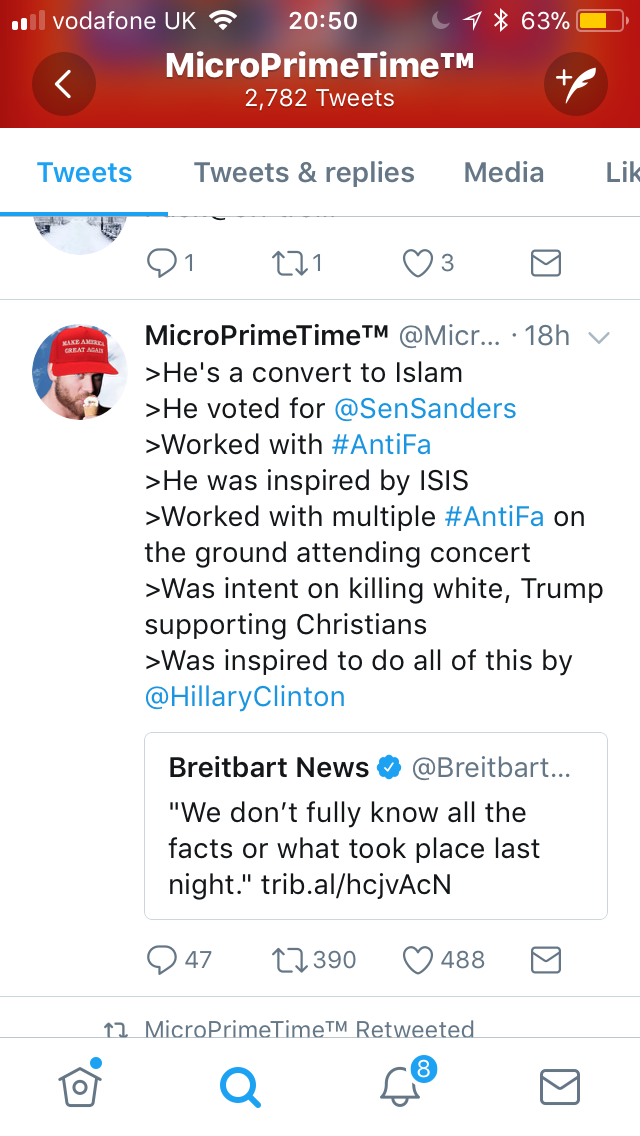 Part of the psychology relates to the humans seeing a legitimate source and one part of the content, and taking that away without looking any further. The result is one the Nazis are pleased with: weaponised Chinese Whispers. 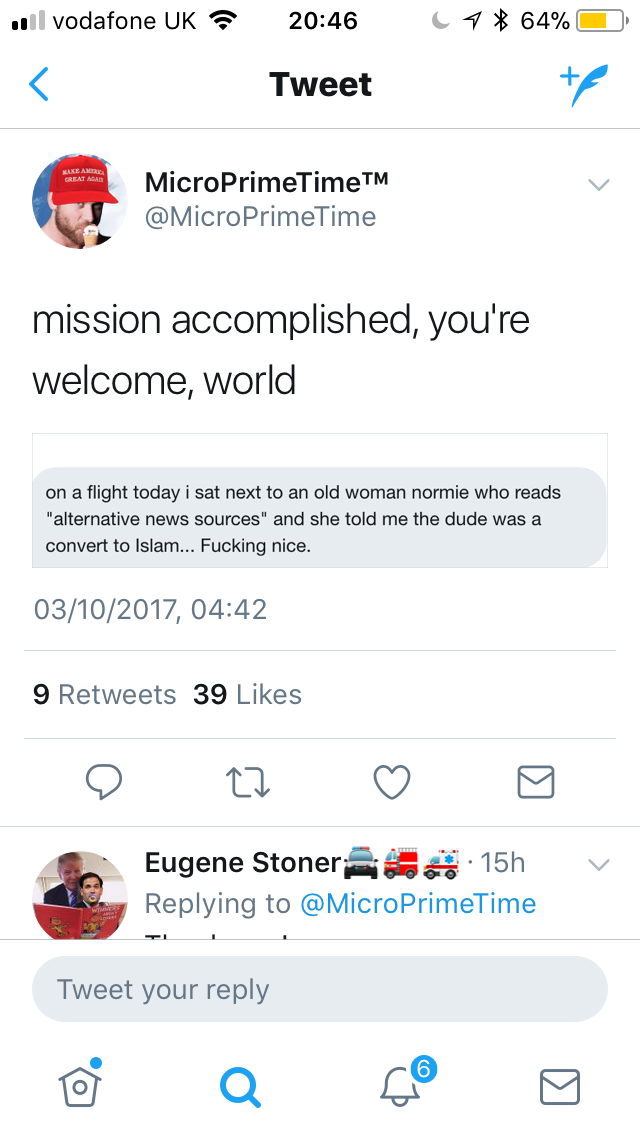 The account and others like it always brag. They can’t help it. But they always give away their associations too.

For example, this account boasts about its previous work while also spreading the otherwise unconnected Russian-sponsored Catalonia propaganda of Julian Assange. (The shortest explanation of how the right and Russia work together with disinformation networks is Alternative War). 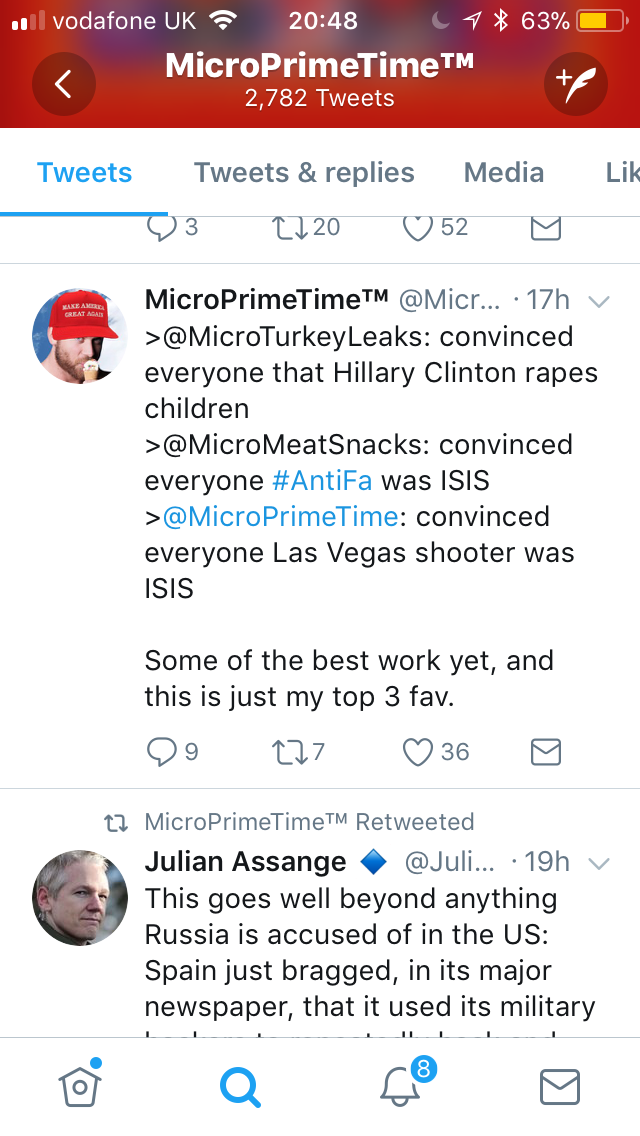 This account, however, goes further than most. It openly calls for disaffected children, aged five to eighteen, to participate in private messaging aimed at “educating” them on how to bring down “the left through things that can’t be talked about publicly.” 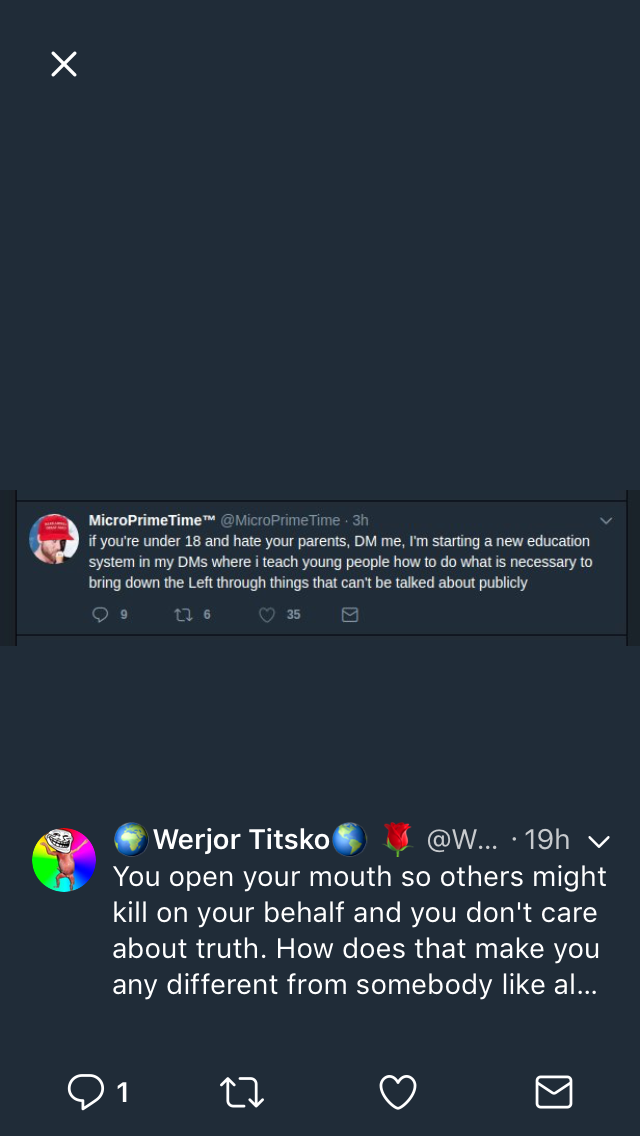 They go further, explicitly stating: “Let me be more clear, I will unironically radicalize your children. Children include anyone from from the age of 5 to 18. I will be opening private schools and donating to your school boards to inject my propaganda into your child’s classroom. There is nothing you can do to stop me.” 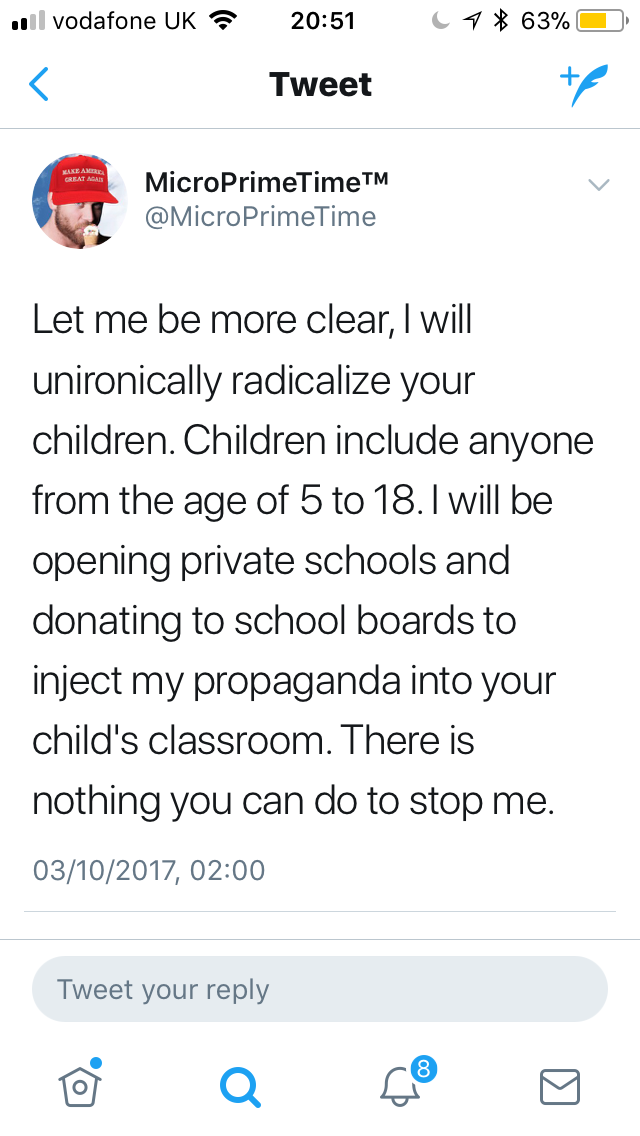 Due to the predatory peadophile-like and clear terrorist behaviour exhibited by this account, this story has been forwarded to the London FBI field office, the NCA, and CEOP. In particular as they added: “radicalizing children isn’t “killing”, it’s funny, and it’s what I am going to to [sic] do.” 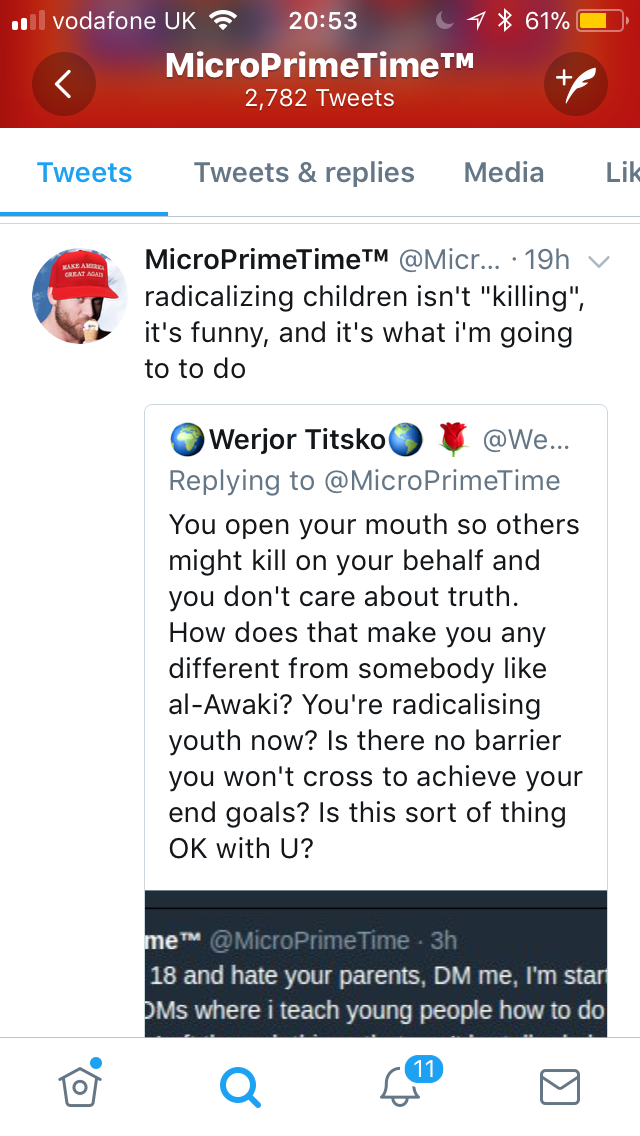 On leaving the account, the MicroMilkMan posted their contact information for Keybase, an encrypted communication service available globally through the AppStore. 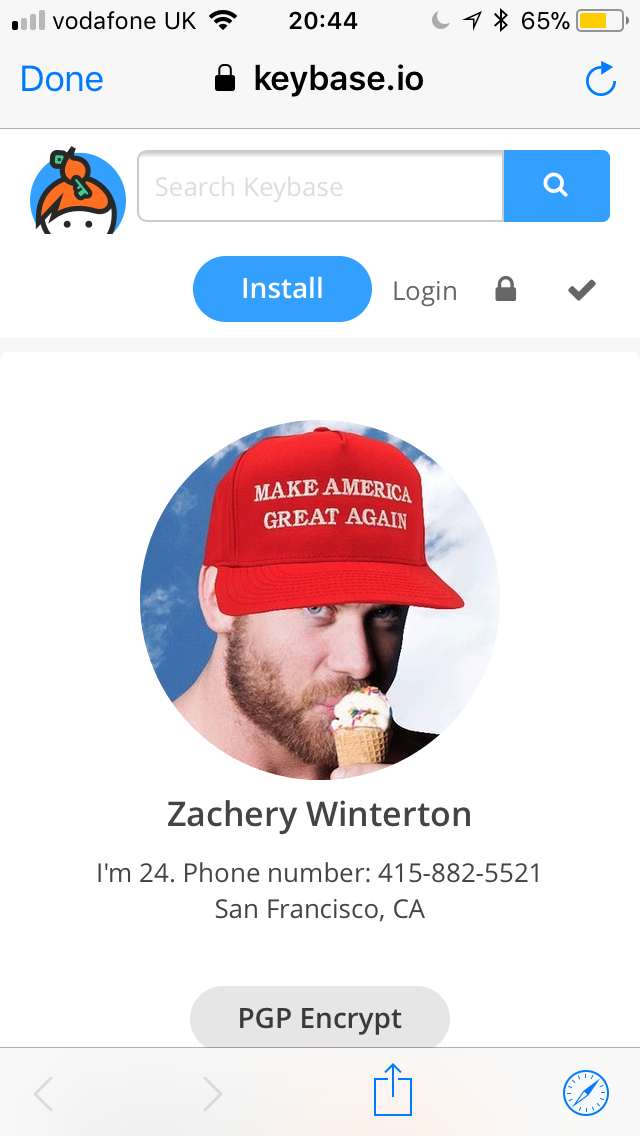 Zachery Winterton doesn’t appear to exist and the Pacific Bell phone number has been disconnected.

A reverse image search, however, brings up a significant dump of results, including a 2016 blog from Notes From A Red Pill Girl, which includes the phrase: “I realized I had been sold an experimental life script. I and those of

largest social experiment ever. And that much of the pain and failure I

had experienced in relationships and life, was because of that.”

This is clear radicalisation material and it has been around for a long time. The true extent of how many emotionally vulnerable children have been succesffully radicalised is unknown.

Also known as “Microchip” the MilkMan has previously featured in articles by Buzzfeed which have acted to enhance his position as legitimate. According to them, they spoke to a young Utah developer over a gaming chatroom by way of interview, who claimed to be the account holder.

A man targeting children deserves not even the subtlest credibility these articles afforded. 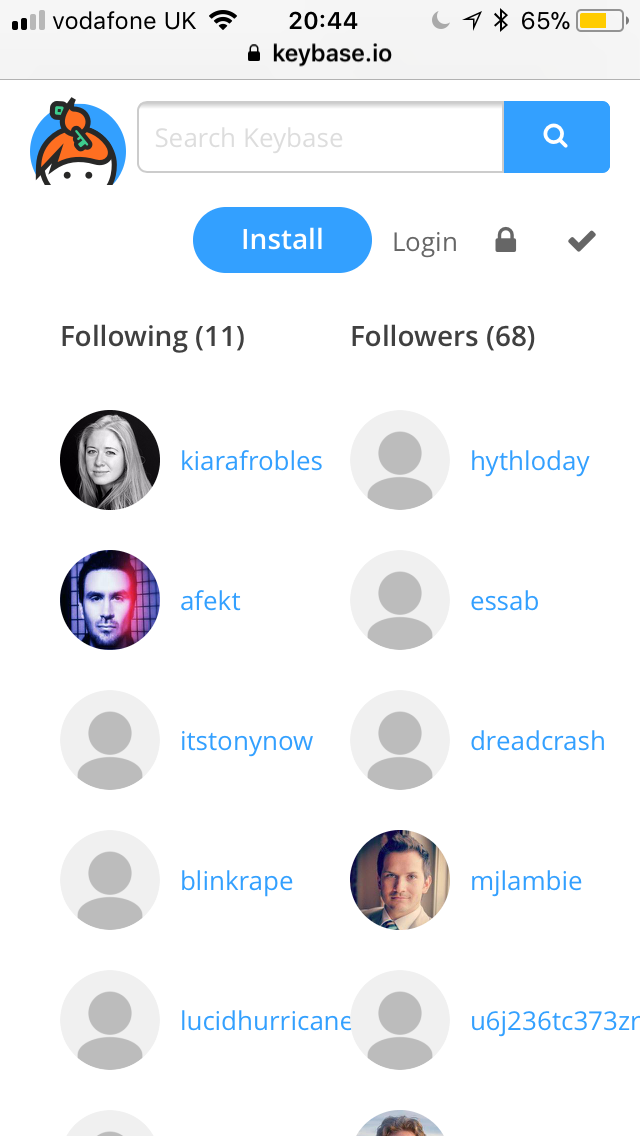 The MilkMan, however, only follows 11 people from his Keybase account. This trail leads to a dark network, among them are right-wing bitcoin enthusiast Kiara Frobles, a Bitcoin “alchemist” known as Olaf, and right-wing “photographer” Peter Duke – a supporter of the #Rev18 superPAC linked to Jack Posbiec, which Duke claims has been rebranded as the New Right.

The existence of a legitimate SuperPAC gives alarming credence to the MilkMan’s claims regarding schools and propaganda.

One of the most interesting direct network links is to Mississippi youth Neil Turner, a content producer for ultra-right Defend Europa who are currently spreading the alt-right narrative from London to Germany to Catalonia. He only follows two people, one of whom is the MilkMan, the other is anonymous account under the name Becky Barnes, who only follows Turner and the MilkMan.

Turner funds Defend Europa through Bitcoin and is the only one of the three person connection network who lists his Bitcoin Wallet.

Interestingly, as well as this extremely small private network, comparing the Keybase entries for Turner and the previous Buzzfeed images of the MilkMan’s accounts shows a degree of commanility in their practice of designating account name iterations using multipliers: 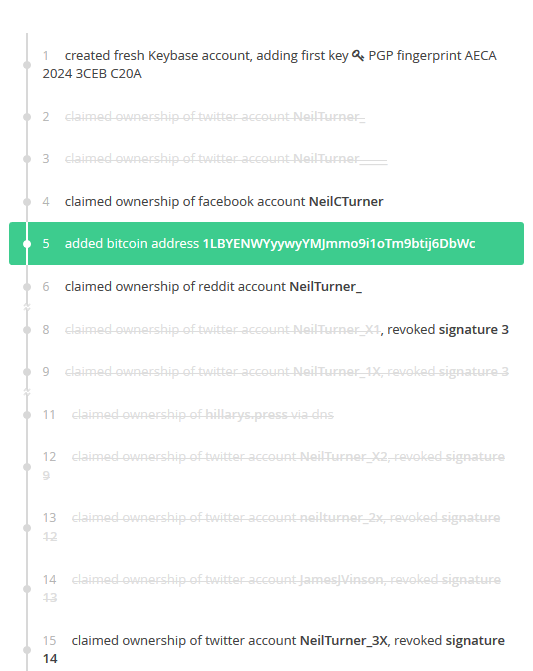 Whether they are the same person is not known but with the PrimeTime account deactivated only hours ago, the MilkMan has already returned. This time claiming to be based in New Jersey. Helpfully, they self-verified their new account using Keybase. They are continuing to promote the false narrative around Las Vegas, while simultaneously promoting NewRight strategist Mike Tokes, who is in turn  promoting continued gun ownership in the US and an ISIS connection to the mass-shooting. 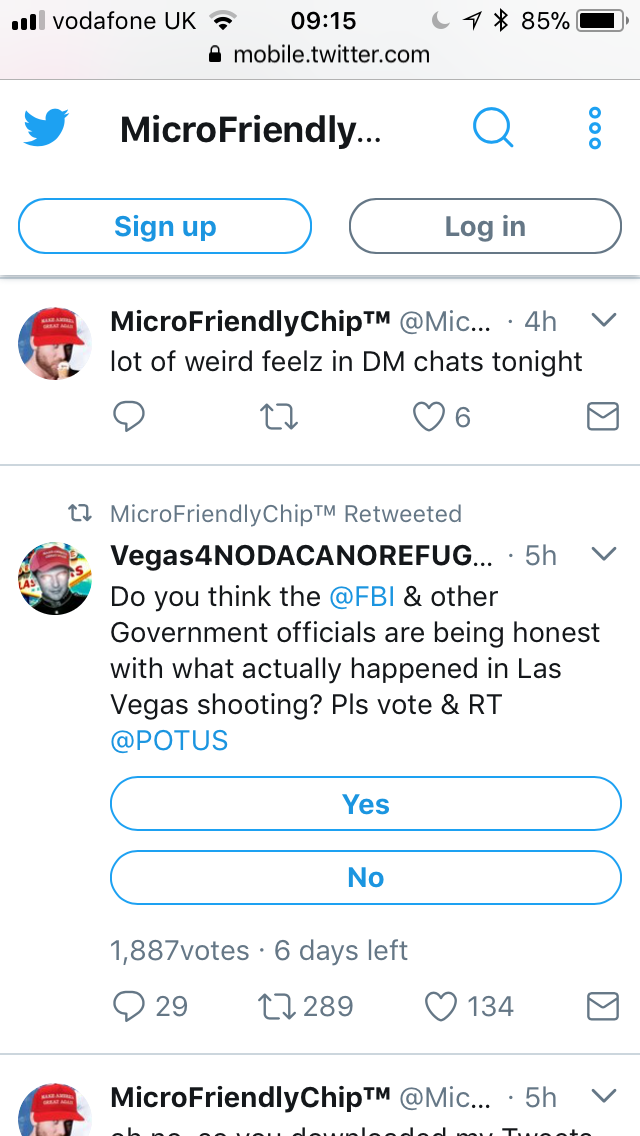 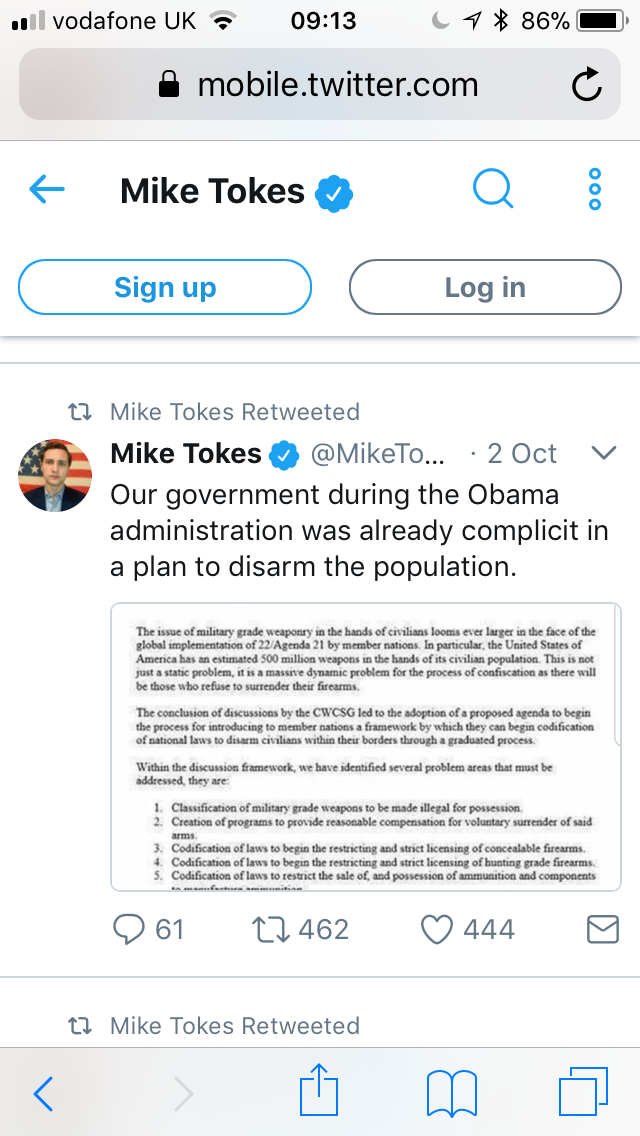 Interestingly, the MilkMan account and Tokes both can be linked back to ultra-right narratives in Europe through Twitter activity, associations including Keybase, and /pol/, a politically incorrect thread on the infamous haunt of the alt-right, 4chan, where Hungary and Romania are both currently being discussed.

These are also known disinformation fronts for Russia and its far-right allies. 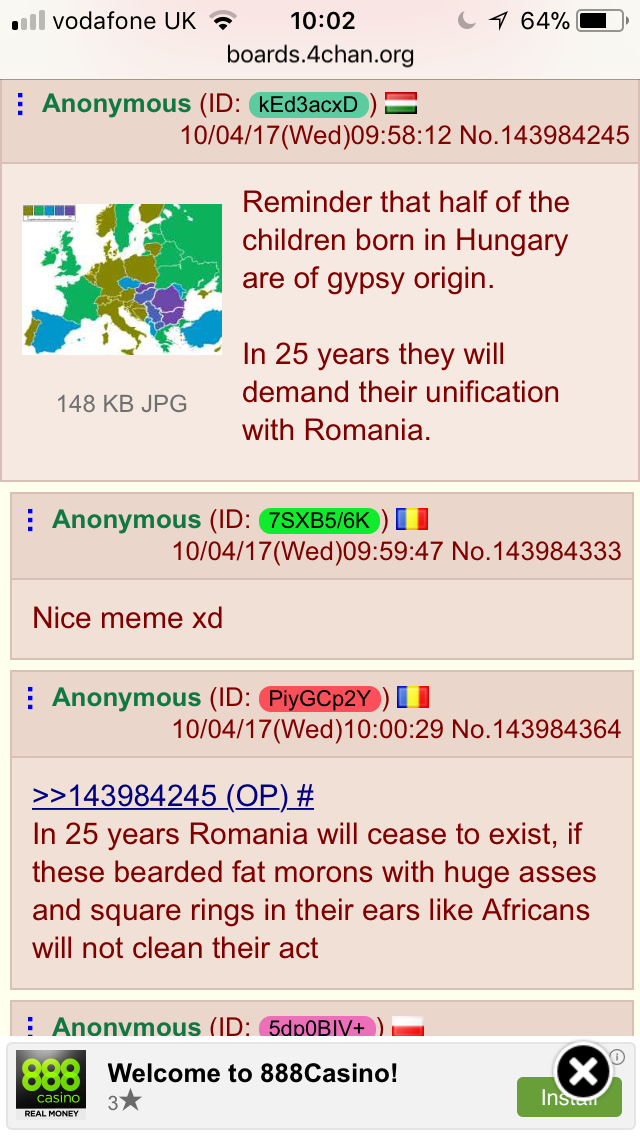 What is clear is that the so-called NewRight have an extensive network, access to cryptocurrency, can drive narratives as they see fit and, worst of all, have set their sites on our children.

“radicalizing children isn’t “killing”, it’s funny, and it’s what I am going to to [sic] do.”

These are very sick individuals. Dangerous, overtly Nazi degenerates who feel sufficiently empowered to tell the world what they are doing before they do it.

They are terrorists, with their sights trained on the most vulnerable generation in society, and they aren’t far away. They are next to us every single day.