Playing With Uranium: The Key To Trump’s Bots and Propaganda

Yesterday I exposed the truth about Brexit’s bots, with the help of a pencil.

This morning I was following up someone’s request made afterwards, to look at Benghazi and see what I could see in the analysis.

The results mean I can say President Trump is definitely using Russian bots and a state-led propaganda machine to distract from bad news.

So, starting at the beginning, these are the current hoax media articles which are connected to the Benghazi hashtag – the most recent in the list are this month. 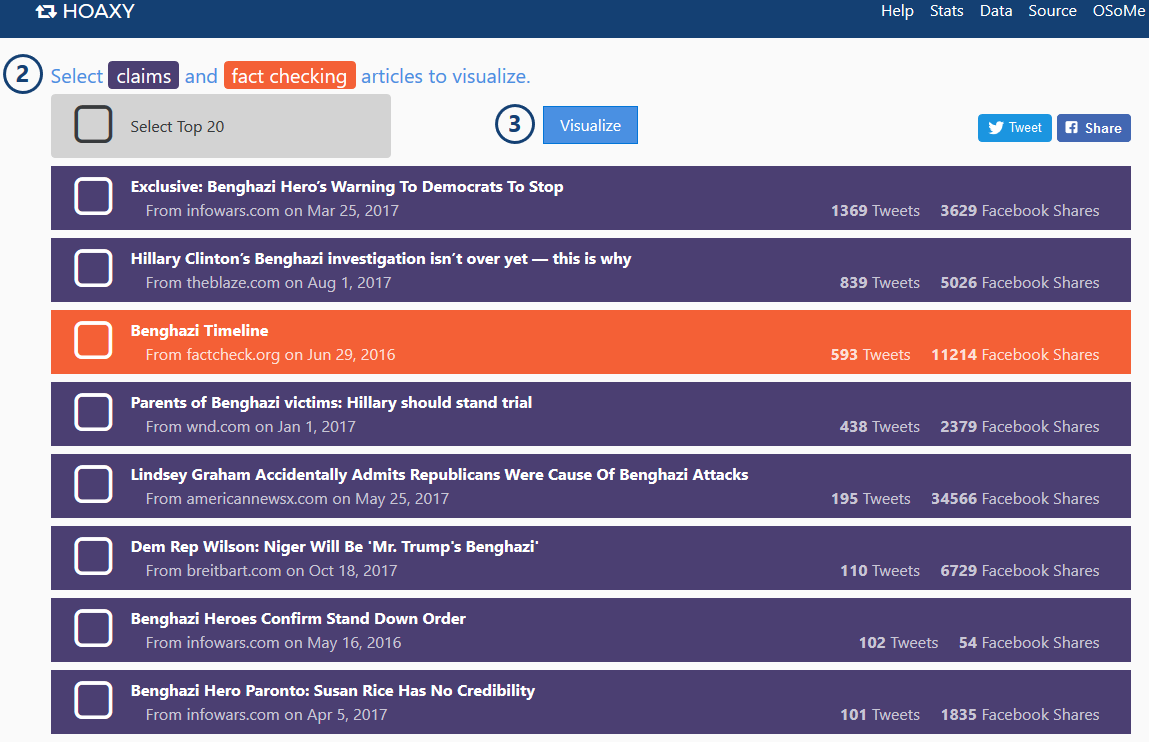 Taking this list and visualising it, the picture changes significantly.

We can see that fake news on this topic has exploded over the last seven months, peaking now.

We can not only see that InfoWars is the most prolific fake news outlet working on the topic, but also illustrate how woeful fact-checking efforts are currently.

Delving a little further into the topic, analysing the retweets and mentions in the date range 01-10-2017 to 25-10-2017, we can see that the tag is mainly being used to attack Hillary Clinton.

We can also see which kinds of accounts are involved, with a number of choice MAGA trolls in the mix.

Extrapolating the same date range and tag into what they are talking about co-concurrently, we can identify a number of interesting message pushes running parallel to Benghazi disinformation.

It also means we can see what topics the disinformation push, backed by bots, may be trying to distract from.

As we can see, the notable co-current discussions are #FBI, #Mueller, #PuertoRico, #SethRich, and #UraniumOne, all of which are running alongside #Benghazi.

So, what we need to do is verify the trends, to see where the correlation is.

The analysis allows us to see which topics actually aren’t currently relevant, so we can eliminate Puerto Rico, Mueller, and Seth Rich.

At first FBI seemed to be the closest mirror to #UraniumOne, indicating the deployment of bots and disinformation to distract from the Russia probe…then, in a moment of inspiration, I cross-checked the data by adding #Niger.

So, here’s Niger in the same date range. 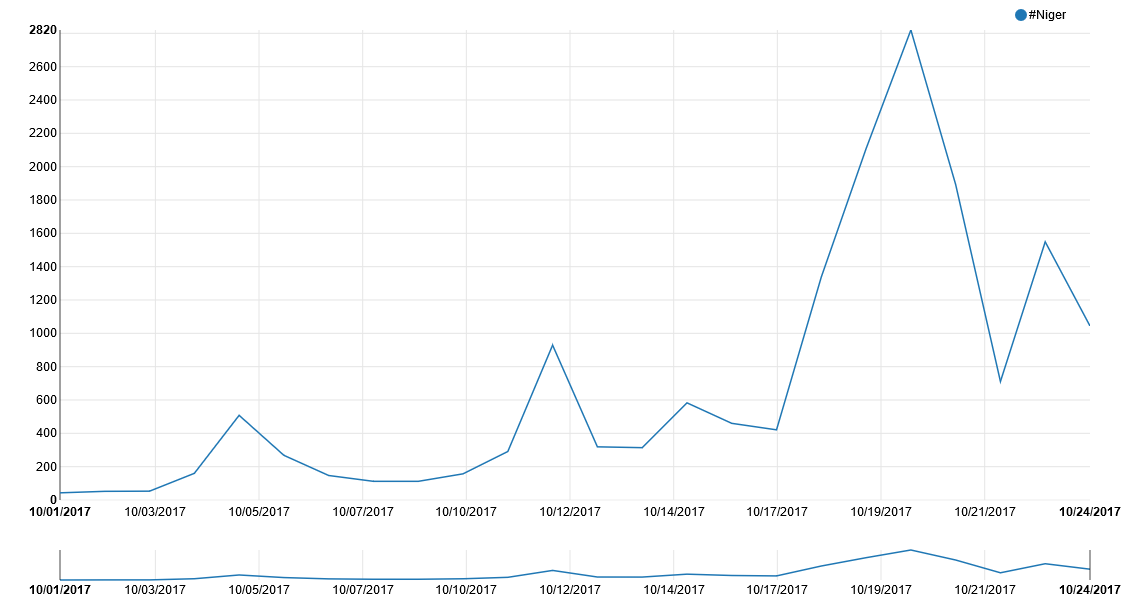 Here’s what happens when your overlay Uranium One, an exact match. 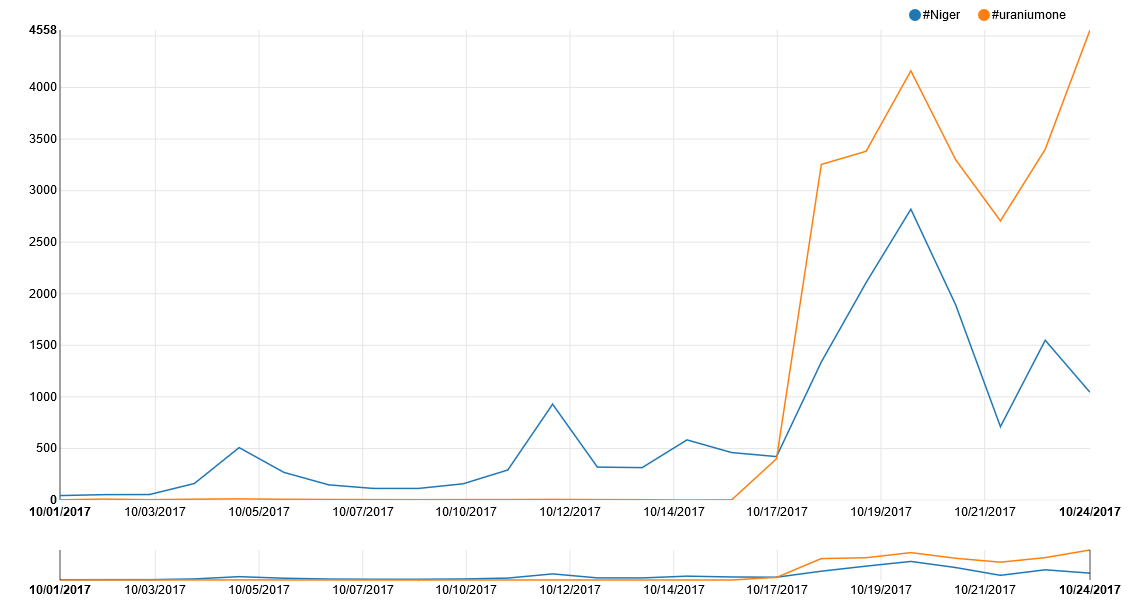 To cross-check, I referenced this against Mueller and the FBI, which showed just how closely tied (impossibly, unnaturally so) Niger and Uranium One were. 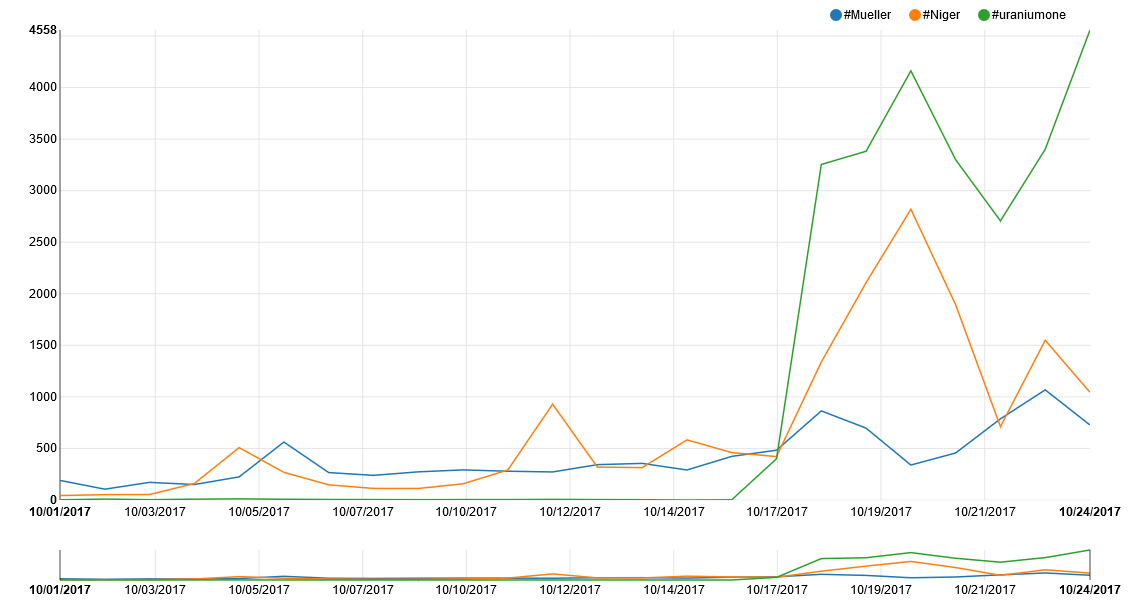 So, there’s a bot network, supported by a disinformation network, being deployed specifically to distract from real news impacting Trump.

That’s right, once the #UraniumOne disinformation campaign began, Russia’s MAGA bots exactly mirrored the activity, then as Niger tailed off, they continued.

So, what we have here is a definitive answer to questions which have been rattling around for a while.

Yes, Alex Jones’ InfoWars is working in tandem with Trump, putting out Fake News to coincide with and help cover up bad news.

Yes, this is impacting public discourse.

Yes, Fake News is still winning the battle against fact-checking.

And yes, the Russian bot-net is definitely working in Trump’s interests.

If they’d have stayed clear of Uranium, we may never have known for sure.