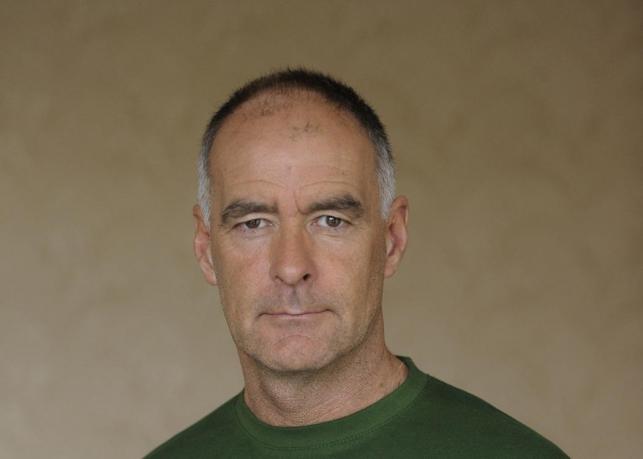 Gordon Dangerfield, For Sheridan, opened with his motion to “apply the jury’s 2006 verdict,” in the defamation trial, that Sheridan was to receive £200k in damages. He went on to note that the usual judicial interest rate in Scotland is 8%, and asked for this to be applied not only from the date of the verdict, but from the date of the initial newspaper article. (2004)

Lord Turnbull then interrupted to ask why a large bundle of documents was only given to him this morning which had given him no time to read them. Dangerfield apologised and said he believed this was normal procedure.

Dangerfield went on to argue that the interest on the £200k should be calculated to begin not after the final appeal, but from the date of the original defamation, citing various personal injury cases as precedent.

Lord Turnbull responded by saying in his view a personal injury case was not a relevant precedent for a defamation action, and it was at his discretion if, and from when, interest should be awarded.

Dangerfield replied that he would be moving on later to “improper actions” by NGN to back up his claim for interest. “Over and above his [Sheridan’s] perjury. The presiding judge continued, “I don’t suppose you are going to argue his perjury matters nothing?” Counsel for Sheridan responded by saying he would respond to that matter later in his submission.

Dangerfield then moved onto the issue of legal expenses, noting the normal rule was that these “followed success,” a principle upheld on many occasions including by the Inner House of the Court of Session (the highest civil court in Scotland)

Counsel then moved on to the conduct of News Group noting that they have never answered questions about allegations of misbehaviour during the civil trial, while Sheridan had. Dangerfield noted that Sheridan was pursuing a judicial review of his perjury conviction with a hearing set for December.

“The difficulty with that is he was convicted by a jury,” Turnbull said, noting that his application for an appeal had also been rejected. “Your answer is not an answer, it is a challenge to the rule of law,” he added. The judge nformed counsel he would not consider any “protestations of innocence,” on behalf of Sheridan.

Dangerfield then quoted the decision of the Inner House rejecting NGN’s appeal against the original jury’s verdict which after listing allegations of phone hacking and journalistic misconduct noted that the evidence presented was “sufficient to demonstrate that there was a prima facie case to answer and it was far from clear what answer, if any, there could be.” Dangerfield argued that the News of the World’s initial story, about an alleged affair between Sheridan and Fiona McGuire was “a tissue of lies, and they knew it was.” It was also a story unrelated to Sheridan’s perjury conviction which was based on a alleged visit to a sex club in Manchester.

The judge noted that Sheridan was also convicted of lying in court over having a sexual relationship with a Katrine Trolle. Counsel accepted this and apologised for the ommission.

Turnbull then asked counsel how he would characterise the “public humiliation of a young woman in court,” knowing that she would be “named as a liar on every front page?”

Counsel accepted that this could also be described as “unreasonable conduct,” but added that he believed the judge had “characterised the facts in an unreasonable way.” Dangerfield continued that he would say this was “many levels below” the actions of News Group and this evidence was under challenge.

The judge said “I’m not having that from an officer of the court, “the verdict is final and beyond challenge,” he said, noting that Dangerfield was “adding to the mischief” and instructing him to move on.

Counsel for NGN then rose to object saying that it can be “taken as read” that Sheridan was the victim of phone hacking and Fiona McGuire was “spirited away” to prevent her giving evidence.

Dangerfield then went on to the issue of NoTW reporter Douglas Wight, noting an email with listings of mobile phone numbers sent by him to senior reporter Ian Edmonston asking for help with an “important court case,” which were passed to convicted phone hacker Glenn Mulcaire. The emails also mention this is to be done at the request of then Scottish editor, Bob Bird.

The numbers include those of

Andrew McFarlane, Keith Baldassara (listed as Ken Baldassara) and Alice Sheridan (the first three were witnesses in the 2006 trial, the latter is Sheridan’s mother) Their home addresses are also listed. The next email presented came from another NoTw reporter Euan McColm, asking for information. Other names mentioned were Louise Bailey and Gary Clark.

Dangerfield then brought into evidence phone records from News group’s Wapping HQ which showed Sheridan’s phone was hacked. An action described by counsel as “criminal conduct.”

Counsel then asked the judge to look at a copy pages from the notebook of Glenn Mulcaire which showed instructions to “hack” Fiona McGuire (14 September 2004) Another witness named in Mulcaire’s notebook is Anne Colvin, who’se phone was paid for by a Stephen Barr. His name also appears in Mulcaire’s notes.

Lord Turnbull then asked if Anne Colvin was a witness falsely accused of having a previous criminal conviction and asked if this was evidence records had also been hacked on Sheridan’s behalf. Dangerfield said this was new to him and he had no information on it.

Bob Bird was allowed to stay in court despite being a witness in the case. This was allowed as he was “the client.” Counsel said this allowed Bird to “continue to direct his employees to pervert the course of justice.” He added that this was a “conspiracy involving the whole organisation.”

Dangerfield asked the court to consider a memo written by Bob Bird to NoTw managing editor Stuart Kuttner relating to “an emergency operation to get Fiona McGuire out of the country,” as there was a prospect of her being recalled to the witness box. The memo added “Andy [Coulson] was fully aware of the urgency.” Tom Crone, head of legal at News International, was also aware of the bill, Dangerfield said, which was described in the memo hias “one large, but hopefully final, Sheridan bill.”

Dangerfield put it to the court “they do these things and have no compunction lying about it.”

“Something in common with Mr Sheridan,” Lord Turnbull remarked. Adding that his role was to apply his discretion noting “You will never ever get away from the fact that Mr Sheridan lied in court to advance his interests.”

Lord Turnbull also remarked that many of those named by counsel were “not there to defend themselves.”

Counsel from Sheridan then presented further News International documents, including one marked “Sheridan costs” which he said had been altered before being presented to the defence, an action he described as “the clearest possible contempt of court. The final document given to the court was a police statement written by Fiona McGuire stating she had been badly treated by the News if the World, and had attempted suicide as a result.

Court then rose for lunch.