Is Russia Planning a Major Land War in Europe and Asia? 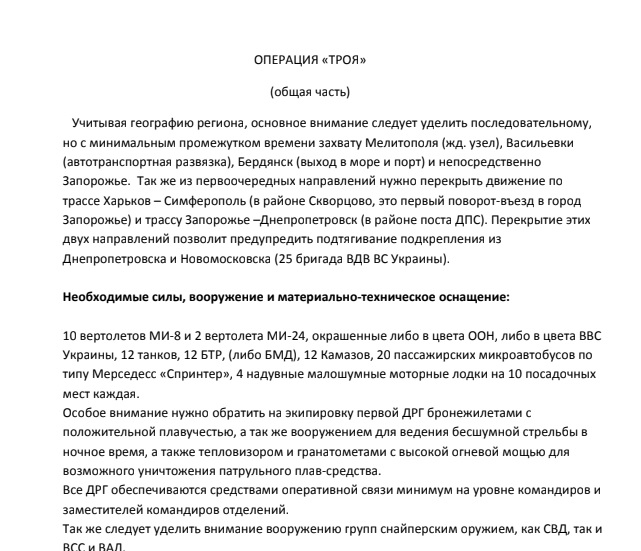 On 12 March 2018, documents apparently depicting Russia’s invasion plans for Ukraine’s Zaporizhia province were published on the web by unnamed hackers according to Ukrainian consultant Mikhail Golub. The “hackers”, who claimed to have breached computers at Russia’s Ministry of Defence, stated that the documents also contained plans for military aggression against Azerbaijan, Belarus, Georgia and Kazakhstan. Aric Toler, a researcher at Bellingcat, an open source investigation agency, expressed caution over the authenticity of the documents. He noted that genuine hacked archives often contained vast numbers of ”useless, mundane files”. However, the archive published by Golub consisted of “88 .DOC, .JPG, and .XLS files many of which are juicy”. He observed that the documents’ metadata had been stripped, making it harder to verify them.

Whether or not the documents are genuine, the plan for the assault on Zaporizhia seems detailed and plausible. The operation outlines plans for capturing the main maritime, rail and road transport nodes, and blocking the main transport arteries from other provinces. It would utilise helicopters painted in the colours of the United Nations and Ukrainian armed forces. The seizure of Zaporizhia might be the prelude to an invasion of the entirety of Ukraine. However, the possibility that Russia is planning a major land war in Europe and Asia is not being discussed by the major media outlets. We will look at the plans in more detail over the coming weeks and try and establish whether they are genuine.