A War of Words and Ukrainian Authors part 1: The Revolution will not be Televised? 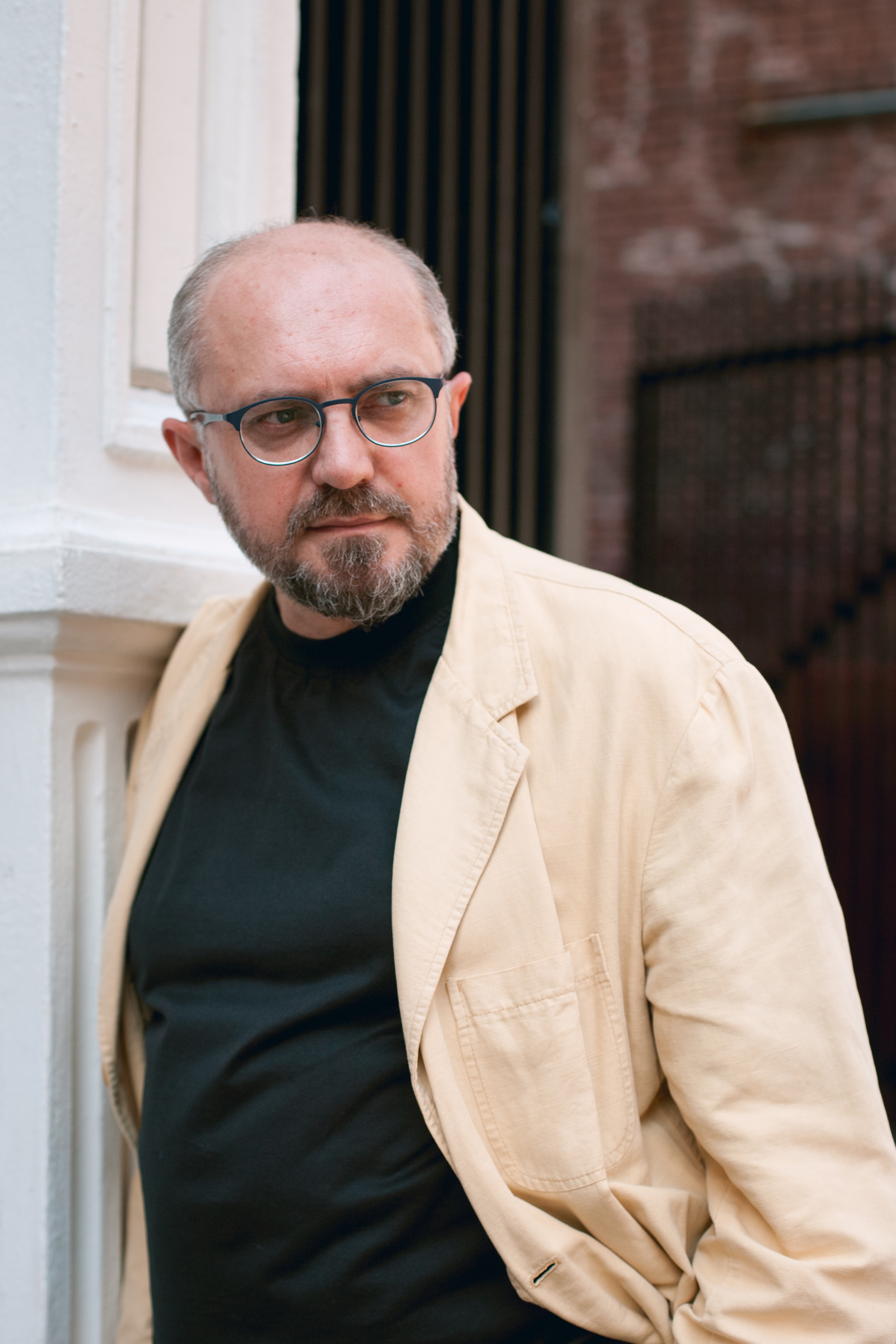 Vasyl Makhno was living in New York when Ukrainian protestors and Yanukovych’s Berkut police were battling in the streets of Kyiv in 2013 to 2014. He followed the revolution through live feeds and saw the protestors building barricades of burning tires and uniformed thugs beating innocent civilians. He was both close to the events as a Ukrainian but also physically far removed from them. The live feeds he watched gave an eerie sense of proximity to a battle that was taking place miles away. He wanted to help but all he could do as a poet was to write. He began writing about the revolution from 22 January 2014, “I remember how affected I was when a young nurse was wounded… she was lucky the bullet passed through her without causing serious injury. Then I wrote the poem ‘Muse’ and read it for a recording I loaded onto YouTube.”

He has no direct connection with Ukraine’s Donbas region, part of which has been occupied by the Russian army along with mercenaries and collaborators since March 2014, however, he is under no illusion about Putin’s war aims. “Russia doesn’t want to let Ukraine out of its sphere of influence. It’s obvious now that its politics are increasingly imperialistic. Putin’s Russia is increasingly aggressive, both towards its neighbours and the entire world. After the fall of the Berlin Wall it was anticipated that we would see reconciliation between the former Soviet space and the West. However, we are seeing a sharp deterioration in the situation. Ukraine is yet again the focal point for a clash of civilisations.”

I ask Makhno about his poetic influences as I try to establish a sense of his writing. He admires Bohdan Ihor Antonych and Volodymyr Svidzinskyi. Antonych was an ecstatic poet whose work is both highly wrought formally and has the visionary quality of Dylan Thomas or William Blake. He died of pneumonia in the area west of Ukraine, which was then under Polish control, in 1937. Svidzinskyi, who was roughly his contemporary, lived and worked in Soviet Ukraine and was one of a generation of authors that was largely destroyed by Stalin in the 1930s and known as “The Executed Renaissance”. He has a similar visionary intensity to Antonych but had to restrict his literary activities to survive. He was reportedly burned to death by the Soviet secret police in 1941 as they fled before the advancing Nazi armies. Makhno admires many other Ukrainian authors but, like Antonych and Svidzinskyi, his poetry begins with an “emotional impulse… which acquires poetic form”.

He may live in New York but Makhno still inhabits a “Ukrainian information and cultural space”. I ask him about the role of the poet in a time of war. He says it’s a matter of personal choice. “One poet writes about the war, another doesn’t. But in my view poetry is obligated to write about everything. Now the language of Ukrainian poetry, in addition to everything else, also smells of soldiers’ sweat”. He says that his own voice is simply a voice “against war, against Russian aggression towards Ukraine”.

He is optimistic about peace returning to his homeland, saying that it requires the cessation of the Russian military’s presence in the occupied territories. Amen to that.

My contemporaries die on the front, but I’m in New York

In a traffic jam and some guy

Who needs your America

When you face a choice to turn right or left

When words are dead.

When I write God holds my hand

But who holds the rifle? When no one gives a f…

Who holds the grass sullied with blood

The uniform torn by the surgeon a fatal wound?

Your throat is rinsed with port wine

Is your soldier’s soul in a tailor’s mannequin?

When this is not the first or the last war

With snipers’ crossfire although it is one country

Something does not hold… not those relationships

You don’t say that the angel did not protect them

You don’t sleep through the commander’s cry

And you don’t work out where that bastard sniper is.

But you are not among them

The clay of the Donetsk steppe becomes yet redder

The guys in your New York it’s so…

They live until the wedding of a daughter

The affections of a wife they didn’t befriend here

And they don’t listen to citations.

They hold a trembling boundary in their eyes

They are more or less okay

You’ll write and write about them

And when the waning moons is a sickle

To chase the wild foxes away

I do not know with what words to embroider an epaulette

Or to take the white fire away from them

How to spread apart the grass or prop the rifle

With my shoulder, because they shoot in the field,

To fire at them. There are no mundane saints in war.

But you also are not there.

By Vasyl Makhno. Translated from the Ukrainian by Stephen Komarnyckyj