The Colour of Russian Money Part 4: the strange link between alleged Russian sanctions busting and the wreck of the Titanic 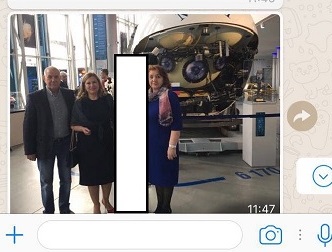 On June 12 and 13 2008, 20 Russian citizens were arrested and bundled into vehicles across Spain as part of an operation against the mafia. The Latvian based Parex bank was closely connected to the enquiry: Mikhail Rebo, the alleged Tambov mafia money launderer, was supposedly using the bank’s Berlin branch, which was managed by his wife, Tetiana. His alleged clients call to mind a line from the film Grosse Pointe Blank: “You should see the files on some of these fuckers. It reads like a demon’s resume!” Parex effectively collapsed in 2008. The bank was subsequently privatised in 2009 with the participation of the EBRD who purchased a 20% stake in Parex.  The subsequent creation of Citadele bank from the rubble of Parex in 2010 was meant to exorcise the spectre of flabby Russian Mafiosi sunbathing on luxury yachts purchased with the proceeds of human trafficking.  The privatisation of Parex was bizarrely reversed in 2014 in a transaction which calls into question whether the bank was genuinely privatised.

The Latvian government paradoxically promotes Citadele as a “good” bank, while being reluctant to admit that Parex was deeply associated with criminal activity. Citadele is due to be taken under supervision by the European Central Bank (ECB). The EBRD glowingly endorsed the bank’s privatisation in 2015. The ex chair of the US Federal Reserve, Paul Volcker, became one of the co investors in the bank along with the Ripplewood investment firm and the EBRD itself. Their engagement lent Citadele an aura of financial probity. However, there are already signs that the mafia, which like a hydra grows two new heads for everyone that is sheared off, has already successfully stormed the Citadele. There is inconclusive evidence that the bank may be linked to a Russian entity currently sanctioned by the US government because of its military connections.

Sven Giegold, a Member of the Banking Union Working Group of the European Parliament, wrote to Mrs Danièle Nouy, the Chair of the ECB’s supervisory board, on 16 April 2018 to raise his concerns. He noted that the bank, like other Latvian banks, had a substantial portion of non-resident customers. This, of course, could involve the risk that the bank’s facilities might be used to facilitate financial crime. Giegold called on the ECB to conduct a thorough entry check before taking the bank under its wing. The bank’s non-resident customers will largely be supported by its private banking arm, which specialises in wealth management. According to Citadele’s 2017 annual report, its loan portfolio to non OECD residents grew from EUR 53.096m on 31 December 2016 to EUR 123.310m on 31 December 2017. This could suggest that funds were being channelled via offshore entities. The bank has inherited personnel from Parex: could it be that the old entity’s working practices have carried over into the new bank? Is Giegold right to be concerned? And might the bank also be involved in assisting the finances of Russian oligarchs and companies currently sanctioned by the US?

US sanctions currently target a range of oligarchs and military companies in response to Russian aggression in Ukraine. One such company is Russia’s vast state owned ship building conglomerate “United Ship Building Corporation”. The firm has a subsidiary “Zapadnii Tsentr Sudostroeniia” (the Western Shipbuilding Centre”), which, in turn, owns a major stake in the Yantar shipbuilding factory in Kaliningrad. The Yantar factory services the Akademik Mstislav Keldysh research vessel, which was used by director James Cameron to explore the wrecks of the Titanic and the Bismarck. However, the factory also services and manufactures military vessels. 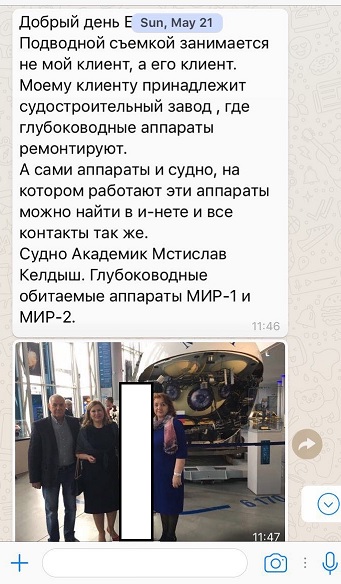 A WhatsApp conversation with a Citadele official which allegedly indicates a link between the bank and a sanctioned Russian company. One of the Mir submersibles is shown in the background.

It would be awkward for Citadele to make a loan directly to the factory or to provide it with a deposit facility. However, the factory’s ownership is split between private companies and individuals on the management team. A source has forwarded me images of a WhatsApp chat with a bank official. The official refers to a client who, they say, owns a ship building factory. They boast that the factory services the Admiral Keldysh and the Mir submersible vehicles, which are based on the ship. In order to back up these claims they also sent a picture of themselves in front of a Mir vehicle. They are next to a man who clearly looks like the ship’s captain, Yuri Gorbach. The vehicles may be being serviced at the Yantar shipyard: her client may be one of the management team with a stake in the plant. The bank may have loaned money to this client, or provided them with other financial services. The client may, in turn, have utilised such facilities for Yantar and the good of Russian military shipbuilding. 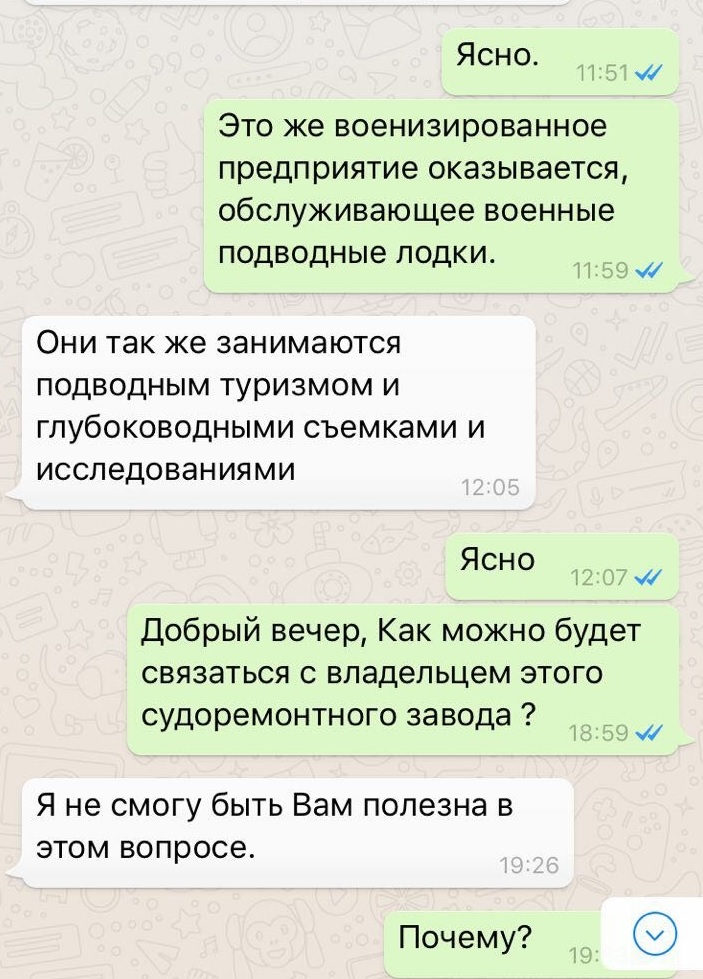 Further images from a purported WhatsApp chat with a Citadele bank official. My source wanted to meet the owner of the shipyard, to establish if the bank was in any way connected to a sanctioned entity, but was rebuffed.

This is what the source believes, and I am certainly convinced that Russia’s oligarchs and firms will cheerfully find dozens of mechanisms to bypass the US sanctions. Citadele’s private banking services, and those of its Swiss subsidiary, AP Anlage & Privatbank, need to be thoroughly scrutinised by the ECB. It is, of course, entirely possible that Citadele is a wholesome entity. But the risk of another Latvian bank sinking like James Cameron’s beloved Titanic is too big to take. Let’s hope the ECB steers clear of the iceberg.