Eight reasons why Leveson 2 must go ahead 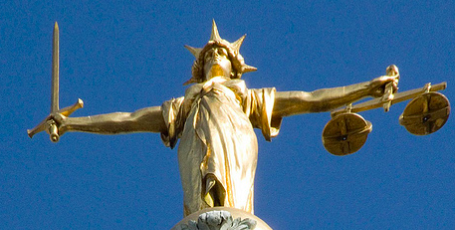 On Wednesday (May 9) MPs decide whether to cancel or set in motion the long-planned ‘Leveson 2’ inquiry into press criminality. Here are eight reasons why they should vote for it to go ahead.

1. This is a test of our democracy

Big newspaper companies are fighting for all they are worth to prevent a public inquiry into criminal activity – by big newspaper companies. Their resistance makes this a test of our democracy. No industry, institution or vested interest of any kind should ever have the power to block scrutiny of its affairs by an established public inquiry, particularly when that inquiry is into criminal conduct. The plan for Part 2 was laid down carefully by Parliament years ago and overwhelmingly approved. Now the corporate press is pumping out false propaganda – and doubtless, behind the scenes, twisting the arms of MPs – with a view to getting it cancelled. Can they really bend Parliament to their will?

2. The press refused to act on the findings of Leveson 1

If the press industry had complied with the recommendations of the Leveson 1 report there might conceivably be grounds to reconsider Part 2, but they did not. Instead they boycotted the reforms even after they were endorsed by every party in Parliament.  So we know there was a problem, and we know it has not been dealt with. IPSO, the regulator they set up in defiance of Leveson, falls far short of the standards of independence and effectiveness Leveson saw as the minimum necessary to protect the public. Thus, even though part 1 concluded in 2012 that papers had ‘wreaked havoc in the lives of innocent people’ and that they had cynically operated a pseudo-regulator that put corporate interests before those of the public, the industry simply raised two fingers.

3. The press failed to reform themselves

Not one company involved in criminality (and taking in hacking, data theft and bribery that includes virtually every national newspaper organisation) has undertaken any kind of publicly-audited reform. Not one has come clean with a full account of what went wrong. Not one, so far as we know, has sacked a single executive for what occurred. Indeed, years later many executives still hold positions of authority in these companies who were in post when the known criminality occurred. And in those positions they continue to resist transparency and accountability. For example, their publications continue, as a matter of routine, to ignore or fail to report accurately the scandals of their own industry. Again, we know there was a problem, and we know it has not been dealt with.

4. Only Leveson 2 can find out whether lawbreaking has ceased

Most of the forms of criminality practised in the national press are exceptionally difficult to detect, often because victims are not aware it has occurred. Though the industry assures us the law-breaking has ceased we have nothing but their word for this, and their word is worthless given the brazen denials and cover-ups we have seen from them, even recently. The opportunity for crime still exists, as does the temptation for unscrupulous journalists and managements to commit it. Leveson 2 offers the opportunity to establish why crimes were allowed to occur inside large and well-known British companies, how they came to be covered up and what lessons need to be learned. This is vital. (After Part 1, Leveson wrote of the need for ‘regular and verifiable audits’ to ‘provide positive reassurance that the law is not being breached’.)

5. Cancellation would be a spectacular breach of political trust

Leveson 2 was promised to the public and the victims of press abuse by Parliament, by the main political parties and notably by a Conservative prime minister. Failure to deliver now would be a breach of trust of a kind that British politics cannot afford. Not only would it provide the most clear-cut and memorable example of the untrustworthiness of politicians, but it would also undermine the public inquiry system in a way that is constitutionally harmful. Inquiries are a vital safety valve: when normal processes fail we turn to the public inquiry as a calm, rational and independent means of seeking solutions. But this depends on trust. Betrayal on Leveson 2 would raise the possibility that in a future crisis the public would not be ready to accept the promise or even the fact of an inquiry. What will happen then? (It’s worth noting that two-stage inquiries are likely to occur in any instance where criminal proceedings are possible. For example, the Grenfell Tower inquiry has two stages.)

6. We need to clear the air so we can rebuild trust in journalism

Leading news organisations – and not only the Murdoch and Mirror papers – carry a heavy legacy of suspicion and hostility arising from their past conduct, their refusal to reform, their persistent high-handedness and their lack of accountability. Repeated surveys show that distrust in national newspaper journalism in this country is very high: higher than for regional or broadcast journalism and far higher than in other European countries. This is desperately damaging to journalism at a time when it needs trust so it can combat fake news. It is also damaging for society in general: people need journalism they can trust so they can function as informed citizens. If we want the best young people to be inspired to become journalists and to do good work for national news publishers, we need to clear the air of the present toxic atmosphere. Only Leveson 2 can make that happen.

7. Press reform should only ever be a cross-party matter

The government’s proposal unilaterally to scrap Leveson 2 is a clear breach of the principle of cross-party consultation on press matters that was observed both before and after the first part of the Leveson inquiry in 2011-13. Politicians of all parties recognised at that time that it would be wrong for a single party to address such matters alone, both because of the potential for political censorship of the press and because of the risk that one party might collude with the press against the interests of the public. Leveson 2, whose terms of reference were explicitly established by cross-party agreement, was part of that consensus. If it is to be cancelled, it should only be by negotiated agreement between all of the principal parties in Parliament.

8. Without Leveson 2 history will repeat itself, and it’s a bad history

The Leveson Inquiry was the seventh of its kind into the press in 70 years. A pattern has been established of disgraceful press behaviour followed by public outrage followed by official investigation followed by ardent promises of change from the industry followed by feeble political capitulation – followed, after a short interval, by renewed disgraceful behaviour. Those seven decades prove beyond doubt that, despite its promises, this industry is incapable of regulating its own affairs in a way that protects the interests of the public or of the country, or even of journalism. If Parliament abandons the Leveson process now – both Section 40 and Leveson 2 – then press bosses will take it as a sign that they are free to behave as they wish. That will condemn many, many more people, over years to come, to cruel treatment and to breaches of their rights for which no effective remedies exist.