Who watches the Watchmen? A Dutch MP beloved of MH17 conspiracy theorists and a death in Malta 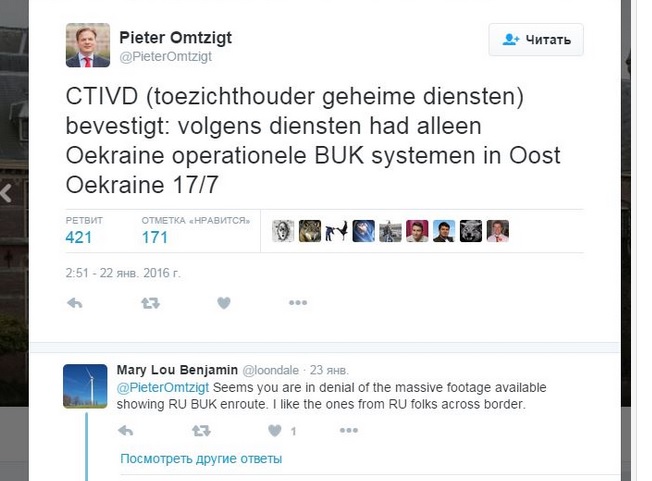 On October 16 2017 the crusading journalist Daphne Caruana Galizia was assassinated by a car bomb near her home in Bidnija, Malta. Her work exposing corruption meant that there were several possible suspects. She had been investigating Malta’s “citizenships for sale” scheme immediately prior to her death and believed that “it was rife with cronyism [and] bribery” according to the Organised Crime and Corruption Reporting Project (OCCRP). The scheme allows foreigners to acquire a Maltese passport by investing €650,000 in a fund run by a board of trustees. The OCCRP and its partner organisations, who are working to complete her investigation, have evidence of dozens of kickbacks linked to the scheme. Investigating her murder will be particularly difficult for a Maltese police force whose political masters are possibly implicated in the corruption she investigated. The Council of Europe has therefore appointed a rapporteur, Dutch politician Pieter Omtzigt to monitor the investigation. The Committee to Protect Journalists welcomed his appointment noting that the “ international scrutiny of the murder investigation is important…We hope that all investigating bodies, including the Maltese police, as well as Europol and the FBI, provide their full support to Pieter Omtzigt’s work.”

However, Omtzigt’s appointment gives cause for concern to those who are familiar with his role in the investigation of the shooting down of Malaysia airlines flight MH17 in Ukraine on 17 July 2014. Russian social media accounts, and indeed news reports, initially glorified in the destruction of what they thought was a Ukrainian aircraft carrying Ukrainian troops. Subsequent investigations, notably by Bellingcat, confirmed that a Russian BUK missile with serving Russian military personnel shot down the plane. Indeed Boroday, who was one of the Kremlin puppets running Russia’s invasion of Ukraine admitted their guilt in phone calls to Ekho Moskvy and other Russian media outlets, in less than an hour after the aircraft was destroyed.

Omtzigt has made numerous interventions in the case, persistently intimating that a cover up has occurred, but rarely demonstrating a rigorous approach to the facts. His verified twitter account provides a record some of his claims which can be assessed against the evidence.

On 2 November 2015 he appeared to suggest that “no one had radar and satellite data for #MH17” (Bij MH17 had niemand radar en satellietdata). Even if Omtzigt “misspoke” his comment was strange. Similarly on 17 December 2015 he claimed that “Russia destroyed MH17 radar data. Ukraine never supplied it.” He then clarified that “I meant the primary radar. Secondary radar was provided by both Russia and Ukraine.” This is simply wrong. Page 38 of the Dutch Safety Board report of 22 October 2015 makes it clear that Ukraine supplied secondary radar data: Russia supplied no radar data. 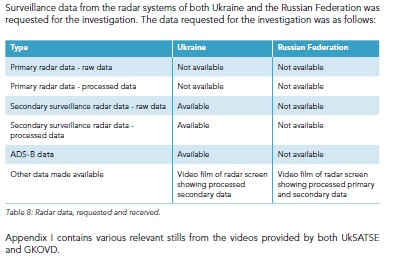 On 22 January 2016 Omtzigt, in a subsequently deleted tweet which is preserved on Wayback machine, claimed that Dutch secret services information indicated that only the Ukrainian military had operational BUK missiles in East Ukraine on July 17 2014. This comment was gleefully seized on by the Russian media as implicating Ukraine in the atrocity. When it was pointed out to him that there was “massive footage” showing the Russian BUK that shot down the aircraft en route to the launch site he said “No i know that. However Dutch secret services did not have that information on 17 July.” Then why post a comment with information which, on his own admission, is dated and incorrect and could suggest that Ukraine was responsible for a crime it did not commit? And why do so when Russia, the party responsible for this war crime, is deliberately trying to obscure its guilt?

I have only dealt with a fraction of Omtzigt’s curious behaviour on twitter regarding MH17. His approach appears to consist of ignoring the mass of evidence proving Russia’s guilt while seizing on any possibility, often without checking his facts carefully, which might indicate a “cover up.” This stance, because it was utterly at variance with reality, was always going to explode in his face. In November 2017 he was accused of coaching a fake witness who attended a meeting of the Dutch relatives of MH17 victims. The supposed witness pretended that they had seen other aircraft in the vicinity of MH17. This bogus testimony conformed with Russia’s attempt to create a fictitious version in which a Ukrainian military aircraft shot down MH17. Omtzigt subsequently apologised in the wake of the reaction to his conduct.

He has, to his credit, campaigned for Dutch and EU Magnitsky acts, an action for which he has rightly been praised. However, his conduct regarding MH17 raises questions as to whether he can be objective and handle a complex case with due sensitivity. The failure of the watchdogs who applauded his appointment to examine his record is also of great concern. Omtzigt has been appointed to oversee a case which again touches on Russian oligarchy and its corrupting power. I very much hope that he confounds my expectations. Unfortunately his failure to date to acknowledge that the weight of the evidence over MH17 points undeniably to Russia’s role in this war crime is extremely discouraging.