A War of Words and Ukrainian Authors Part 4:Crimea River, a conversation with Vyacheslav Huk 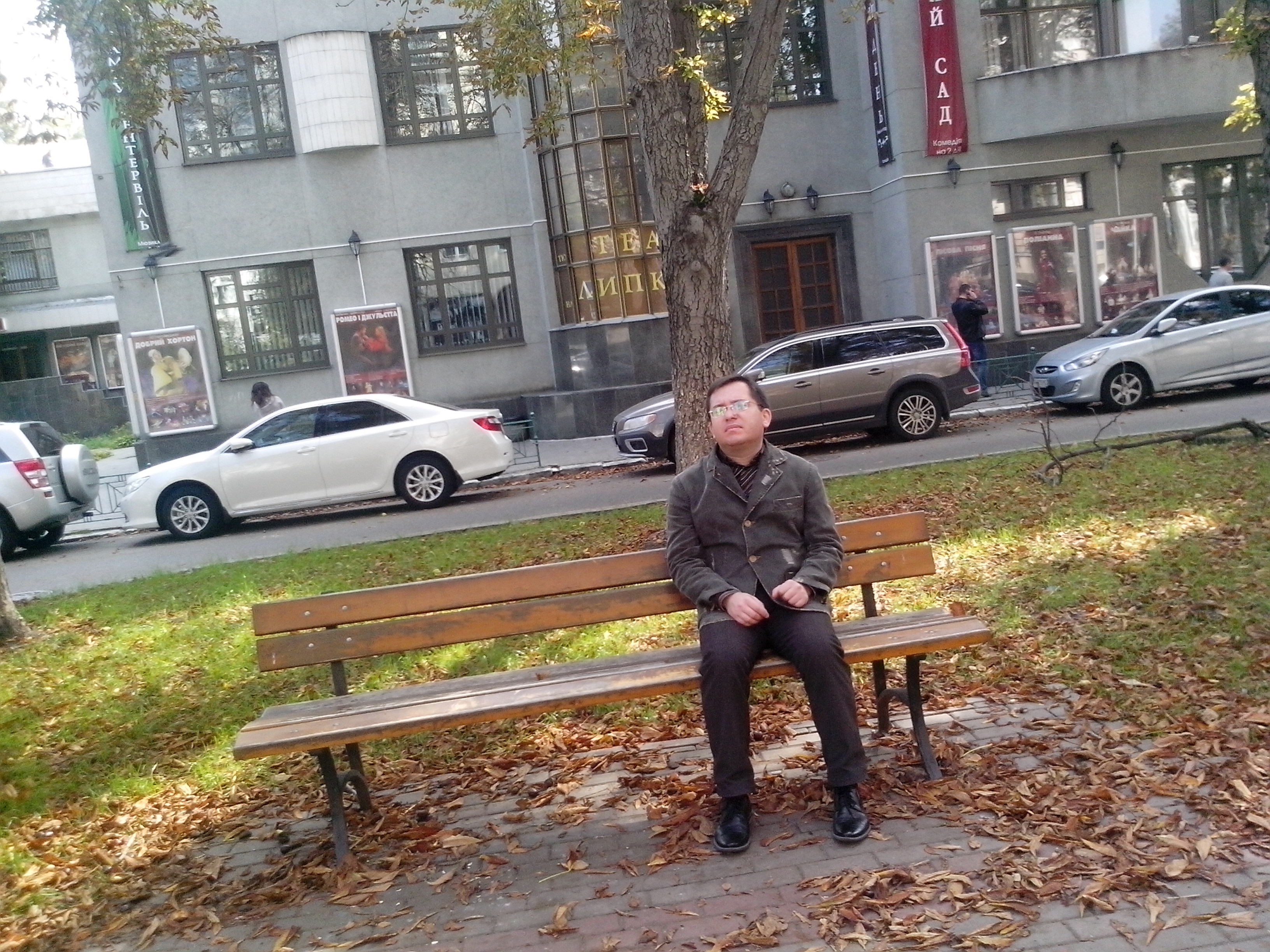 Vyacheslav Huk was in the Ukrainian capital Kyiv in March 2014 when Russia launched its special operation to seize his Crimean birthplace. He saw the images of Russian Special Forces seizing Crimea’s Parliament with the ugly clarity of a bad dream. Vyacheslav was born in Russian speaking Saki on the Peninsula, but always loved the Ukrainian language. The writers he admired included the subtle Ukrainian modernist poet Ihor Rymaruk and the ground-breaking feminist authors Olha Kobylianska and Natalia Kobrynska.

Another part of Vyacheslav was also attracted to Scandinavian culture. He was pathologically addicted to the films of Ingmar Bergman and the music of Niels Gade. His poetry belongs, in his words, to the “sensory physiological school” and aims to have the visceral impact of Seamus Heaney’s writing. He is paradoxically thankful for his early cultural isolation in Crimea, which allowed him to develop a style in accord with his heart rather than critics and publishers. His work reflects European authors, including Patrick Kavanagh and numerous German and Italian writers. His use of Ukrainian, and his importing of European writers, symbolise, in miniature, the choice facing Crimea. The peninsula may be occupied by Russia but a different future is implicit in Vyacheslav’s work, which provides a window to a wider, western oriented, world.

He was also powerfully affected by the work of a contemporary American author Nicole Krauss and, in particular, her novel “The History of Love”, which explores love, loss and the Holocaust. The book was an influence on his own novel “The Garden of Galatea” which tells the tale of two lovers whose lives were irreparably damaged by the war. It represents one of the few treatments in contemporary Ukrainian literature of the Shoah.

Vyacheslav is scathing about Crimea under occupation, saying that Russia is deliberately making life intolerable for native Crimeans, in order to drive them out and replace them with Putin loyalists from Russia itself. He praises the courage of his two fellow Crimeans, Oleg Sentsov and Volodymyr Balukh, who are currently on hunger strike in Russian jails. Sentsov, a film producer, was jailed on fabricated charges of terrorism in 2015 and won the 2017 PEN/Barbey Freedom to Write award. Balukh, a farmer, committed the crime of flying the Ukrainian flag over his home. Although Putin’s gifts, as a tactician of hybrid war, are being flattered his regime seems powerless to break the will of these two men. All the Kremlin dictator has to offer his people is an ugly exultation over the suffering Russian imperialism has caused in pursuit of territorial gains. Vyacheslav notes that the opening of the bridge from Russia to Crimea was held with profound cynicism on 15 May 2018, to practically coincide with the anniversary of the deportation of the Crimean Tatars on 18 May 1944. The timing is unlikely to be accidental. However Crimea, and Russia itself, are gradually collapsing both economically and politically.

Vyacheslav’s choice of literary language is not simply based on its artistic qualities. He believes that Ukrainian literature has a mission to unify all of Europe around the realisation of European values, but that these processes are “latent and concealed.” There is, however, little doubt, for me personally, that the heart of Europe now lies in Kyiv rather than Brussels. Ukraine is battling both internally and externally against an oligarchic social model from the east. There are signs that some in the EU, such as Jean Claude Juncker, are seeking a rapprochement with Putin. This would represent a civilisational choice profoundly opposed to a Europe based on democracy and the rule of law. The most compelling visions of Europe are now being articulated in Ukraine rather than Luxembourg. For Vyacheslav the Ukrainian language offers both the promise of unifying its homeland, both internally and with Europe.

His 2013 poetry collection “The Crimean Elegies” has a title which almost prophetically laments the death of a land that was yet to occur. However, longer term, Putin’s arid social model will, like his bridge to Crimea, which is based on geologically unsuitable terrain, collapse and Russia will abandon the peninsula. In the interim Vyacheslav’s poetry, as illustrated by the piece below, is a powerful expression of being an exile in your own country. One day this author, who is simultaneously Crimean, European and Ukrainian, will be able to recite these lines in their original Ukrainian and in his native Saki.

The Annexation of Crimea

“I feel alien, solitary, an orphan amidst the people with whom I now live… in exile”

“Beyond the boundaries of pain”

A solitary seagull breasts the waves, a boat undulating on a fjord,

The arrow halts its flight… and the heart becomes too anguished

The rules of syntax are violated, and now unfashionable

But every trivial thing in this life is significant.

His head bowed in deep contemplation. The harbour grey in the morning,

To resist death at winter’s end, where the neglected soil lays,

Of tobacco and paint, whose colour is already lost forever,

The thick cloth of an old sail. Phone that place

Where the heart was salvaged from terror by flight and fear,

Loses voice, as the veins lose their blood in time,

The acrid fragrance of burnt timber suddenly reaches you,

The rusted blood finds its own path, is a vine

And the ruptured word has its beginning and end, like iron

The water retains its calm and the word

Will die sooner than the body.

Do you remember how the wagons

With fruit and vegetables trundled in the mountains

While the copper sun blazed and this

Defined by memory, as if he remained in his hometown

Now occupied by Russian soldiers albeit for only a year

And thinking he resembles Leo Gursky*

Washing in a bowl before his death

And utterly alone in New York.

Vyacheslav Huk. Translated from the Ukrainian by Stephen Komarnyckyj.

Please follow @LetMyPplGoUA_en and @SaveSentsov if you are on twitter and wish to support Ukrainian political prisoners in Russia and join the global action to save Oleg Sentsov on 1-2 June.