A war of words and Ukrainian authors part 5: Vasyl Holoborodko, nothing but the poems… 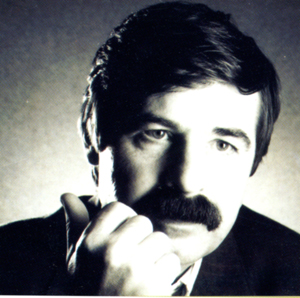 Vasyl Holoborodko (1945) is known as the living legend of Ukrainian poetry. His poems have an elemental simplicity and power reminiscent of other east European writers such as Miroslav Holub. However his voice is also unlike any other poet’s. These pieces, deceptively simple and open, explore the themes of war, loss and exile, in a way that is both complex and immediately accessible. Sometimes they seem like grotesque fairy tales, or snatches from the interior monologue that runs through all our heads.

First he was forced to leave Kyiv university in 1965 and then he was expelled from Donetsk university in 1966 for distributing a then prohibited book, Internationalism or Russification?, by the Ukrainian dissident and writer Ivan Dziuba. Subsequently he tried to complete his education in 1967 at the Moscow Maxim Gorky Institute, but he wasn’t allowed to take his exams. He was prohibited to publish his poems for 18 years. However during the periods of Perestroika and Independence he produced book after book of poems.

He returned to his native Luhansk in 2004 but was compelled to move by the outbreak of war in 2014. However he observed that his village gradually changed and as his parents, friends and acquaintances died or moved away, new people came, some of whom would refer mockingly to him as “Bandera”, after the Ukrainian nationalist leader. “I became a foreigner in my own native village” he said in one interview.

Vasyl was reluctant to talk about the war directly because of the delicacy of the situation in the occupied territories. But what you have here is a painfully raw account of loss and exile. Nothing but the poems.

They summoned us urgently

To the site of the plane crash

To sweep all traces away

So it would be as though nothing had happened

And then covered again by grass.

The plane was important

For those who set him to work

And for him too,

Because without it his job wasn’t complete,

But then it turned out

The plane meant nothing to anyone:

Because it was downed and left to lay in the grass

But the bodies of the lost

Were taken by several cars.

We only saw them

As they drove past

And two dogs ran over

And scampered hither and thither

We just had to wash away

The blood sprinkled on the grass

A downed aircraft is not an aircraft

But a symbol of “becoming that

Which cannot return to its previous state”)

You expect any threats in advance

Having two eyes in your head you watch out,

So you can at least see that threat

Even if you can’t see it.

So it was worth me stepping back

(Though there are no eyes in the back of your head)

As the threat morphed into something so small:

A little duckling at my feet

Still in its fluff, and withal

The tips of its wings a brilliant blue

If that’s how it was, or became

Because I accidentally stepped forwards

When I stepped back.

If this was always the case:

You would take that little duckling in your hands,

And bear them back to the nest

Where, warming her young,

The duckling is not a duckling

But a symbol signifying no less

Than “being that which is completely defenceless”)

I’m not sure about my means of defence and this

Makes me scary: my own powerlessness.

I regret nothing although there were things

And every night and some mornings

And sometimes during the day

Mice appeared from every hole, nook and cranny

And gnawed my pitiable treasury away.

And every night and some mornings,

And sometimes during the day,

I got used to it

And even now I see with my own eyes

They gnaw my clothes, crockery and books,

Nibbling the foundations until the walls fall down.

I’ll have to protect myself somehow,

I place mousetraps in the corners,

But nothing does any good,

Accompanied by a self confidence

Which is what impresses me most

Even overcoming my regret for my losses.

When it gets calmer

Because I’ve nothing left to lose

Not because the means of battling against it have helped

Instead of the small mice

Just as confident as the titchy destroyers before him

And sets to work.

The rat is not a rat

“of being that which is more than usual”)

On the Impossibility of Return

Return is not only my presence now,

In the land I was absent from for so long

Okay it’s possible to go back there in my head,

But a real return

Is the restoration of the names of everything things that surround you:

I stand under a tree, laden with pears,

But it’s not a particular type,

And I can’t remember its name at all,

Just remember that it had some sort of name.

I recall a pear that produces hard pears,

A pear that was plucked and laid for a long while

and what are those beautiful pears called –

I have no memory

Just a pear and that’s all – he says

But I know that it has another name,

Which I can’t remember

Standing here under the tree

The name is not the name of the pear –

“Of being that which is immutable”)

THE NAMING OF THINGS IN FOREIGN LANDS

“What do they call you?”

I say, stood before a flower at the side of the path,

A flower with six yellow petals,

And am utterly unable to remember its name,

A name I once knew,

There are so few of them.

Perhaps distance is to blame,

I knew the name in my homeland,

But in this foreign terrain,

Is a land where you forget the names of well-known flowers.

“What do they call you?”

“They call me the flower with six yellow petals

To which the butterfly floats while its wings are red

To which the bee flies while it buzzes.”

Picking up my Traces

I lean over, to pick up my traces,

If someone saw me

They would think I was picking mushrooms

Or a medicinal herb

Or a bunch of flowers,

I am picking up my traces,

The traces of all my steps in all the places

Where I have walked for many years.

And here are the traces where I walked to and from work.

“I am gathering up my traces

So strangers do not trample over them”

Traces are not traces

“being that which remains in the past”)

Without placing them I place my traces

Between the pages of a book;

And encounter my traces from long ago,

The childish trace beneath a cherry tree,

How many traces have been gathered up until today

A whole herbarium of footsteps in books

An if I lined them up in a row

I would be equal to them going back then

To where I shall not return.

And around every village and town

Among the people they have long been known

At what time they were erected

But can’t determine a precise date.

If we can’t work out how ancient they are

Then they have existed forever

So many Ukrainians live here.

They call these walls serpentine

Because they believe they were reared thanks to a snake

Who was harnessed to a plough by the sacred blacksmiths

And the hunk of earth from its ploughing

Is that serpentine rampart

For who else could have ploughed it

Apart from a snake!

A snake is not a snake

“to be the one who has great strength)

The ramparts were built

To defend against the frosts

That came from the forests

To defend against the cannibals

Or so others believe

To defend against the foes

But no, it was not thanks to the ploughing of that snake

It was our ancestors who reared them

Around each village and town

To protect the snake

A snake is not a snake

“to be the one who has great strength

For the fulfilment of our traditions”)

So they rise above all Ukraine

Around each village and town

Every year the ramparts grow higher

But from the graves of our soldiers

The defenders of our snake

The defenders of our tradition

Buried in these ramparts serpentine

Around each village and town.

When I die I ask

That you bury me on those serpentine ramparts

So that by at least the thickness of the sheet

Of this paper with the verse I write

Will rise around our Ukraine.