Dirty Russian Money Part 7: a bitter after taste from a Latvian coffee 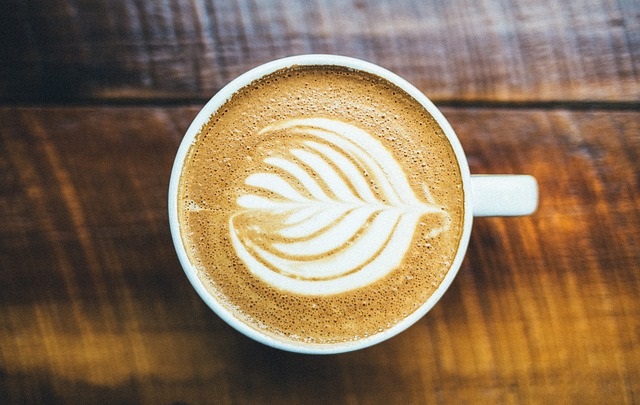 If you should visit the Latvian capital of Riga and stroll the cobbled streets you might be tempted to stop for a coffee. Open the door to one of the city’s many Double Coffee shops, settle into a chair and you will feel like you could be in a café in any European city. However, the shadow of Latvia’s past hovers over this coffee chain. Take a sip of your cappuccino (an espresso won’t do for a tale of this length) and join me on a journey into the past.

There are some stories that, when you try and assemble them, make you feel like you are piecing together an Ikea wardrobe in the dark. Are you really assembling the furniture or are you just jamming together random fragments that don’t fit? All I can do here is present the pieces. Whether a coherent whole emerges is, perhaps something for the reader to ponder after that final bittersweet sip of coffee.

I recently received a tip off about Double Coffee which, while couched in guarded language, intimated there was something mysterious about the firm. The story of this coffee chain really begins with another franchise called Coffee Nation launched in 2001 which preceded the founding of Double Coffee in 2002. Georgijs Krasovickis, Coffee Nation’s founders was the son of Viktors Krasovickis the joint owner of Parex, the country’s most powerful bank, along with Valerijs Kargins.

In a Facebook post dated 1 July 2013 Georgijs crowed over how innovative the chain had been. How people thought that the self-service coffee model would not work. Although Krasovickis was known to own the company,  it belonged officially to a now defunct British firm Johnson Management Limited according to a report in the Latvian Press in 2004. He then went to work at Parex Bank. Double Coffee, a coffee franchise he was also rumoured to be connected to, continued to open outlets across Riga.

The franchise was owned by a Latvian registered firm called DC Holdings, which was supposedly owned by Sergeis Pushnojs and Nikolajs Ustinovs. However a company called Mulberry Beverages Limited, which was registered in the British Virgin Isles (BVI), was its major owner for many years. BVI registered firms do not have to reveal their ultimate owner. A British registered firm IL Property LLP owned the franchise’s trademark. This company’s identity was also masked behind other companies and offshore registrations.

When Krasovickis moved to Parex the Latvian bank had been engaged in some complex financial manoeuvres which involved acquiring but not officially declaring subsidiary banks in 2003.  Its effective ownership of these entities was not declared in its financials. These undeclared subsidiaries were being used to extend the bank’s presence in other CIS countries including Russia and Belarus. Parex had also set up a number of other subsidiaries that were funded by loans supposedly provided to unrelated parties.

During 2007 Double Coffee was also engaged in some fascinating financial machinations. A search of commercial pledges in that year against the company’s registration number reveals some interesting names. These include Valerijs Hudorozkovs, who was based at Parex’s Swiss subsidiary and Mulberry Beverages Limited. IL Property LLP, and Pushnojs and Ustinovs also appear to have taken out pledges that may have been linked to DC Holding. DC Holding itself took out a pledge as did the chair of its board Andrejs Nilovs. The pledges were all made with Hansabank a subsidiary of Swedbank that was ultimately absorbed in its parent company. However, the most fascinating name listed is that of Alastair Tulloch. Tulloch, who has acted as a lawyer for the Russian oligarch Aleksandr Lebedev has numerous links with Russian oligarchs and his name is central to a web of offshore registered firms including one which managed assets for the family of Putin aide Igor Shuvalov.  The appearance of his name in the search may be one of those curious internet anomalies and implies no wrongdoing of course.

Parex would  become financially unviable in 2008. The state intervened and ultimately took over over 85.15% of Parex shares in December of that year. However, in 2010 J. Brazovskis, an official at Latvia’s financial regulator, announced that, in 2009, the former owners and their relatives had in total received 4.9 million Lats. Diena, a Latvian newspaper estimated that the owners and their families received 200 000 Lats per month.  Unofficially many suspected that far larger sums had been transferred from the bank.

On 30 July 2010 Parex bank filed claims against its previous owners. The case  was based on  loan and deposit agreements concluded between January 1, 1995 and December 5, 2008  between the bank Viktors Krasovickis and Valerijs Kargins. During this period the two men were both the  bank’s majority shareholders and members of the board of directors.

Parex alleged that it had found a series of transactions that were concluded contrary to the interests of the bank. These  were on particularly unfavourable terms for the bank and differed from those which would be provided to unrelated parties.

Ultimately, as we saw in a previous article the bank was split into two parts in 2010; a good bank Citadele, which was legally a new entity, and a bad bank, Reverta, which was the original Parex company. Citadele inherited Parex’s Swiss subsidiary AP Anlage & Privatbank which retained its name and some old Parex hands including Valerijs

Hudorozkovs .  The Swiss bank provided private banking services, occasionally to high value clients in the CIS. The major shareholder in Citadele os the EBRD which means, in effect, that Hudorozkovs is working for this major EU institution.

The case launched by Parex, or Reverta as it was now know, against its former owners, opened in court on 9 November 2011. A further case for recovery of funds loaned to the bank’s former owners was also concluded on 23 January 2014. However, only a fraction of the money Reverta was seeking was ever recovered.

It is at this point as we stir our coffee that we might wonder where all that money went? Was it funnelled into entities whose ownership, like that of Double Coffee, was at any point  disguised? I received a tip, which I cannot verify, that some of the money for its founding and development was provided by loans of the kind which amounted to the looting of the bank. However, this is impossible to prove. The pledges recorded are with Hansabank, and  they may not have been repaid with Parex funds or if they were this would definitely have been without Tulloch’s knowledge. However, given the court cases against Parex’s former owners that possibility may not be excluded for all the pledges concerned. The company’s international operations, with outlets in many countries would allow funds to be transferred across borders for various purposes. But I am just stirring my coffee and speculating… perhaps this flight of fantasy might help some to understand how  the magic realist world of big Russian money.

This is a tale of fragments that may or may not hang together. Of vast amounts of money that may or may not have vanished.  Like all good stories  there is a surprise ending. As we noted earlier, the ownership of IL Property LLP was disguised. However on 12 October 2017 Valerijs Hudorozkovs was registered as the “person with significant control” of the firm. His presence links the franchise both with the legacy of Parex and with its successor Citadele where he works. But there is, of course, nothing improper in controlling a firm which owns Double Coffee’s rather cute trademark. I’ve had enough coffee for now so I’ll pop out for some (much needed) fresh air. But the story is not over yet…

With thanks to Richard Smith, an expert on shell companies, momey laundering and many more things for alerting me to Alastair Tulloch’s entertaining connections…

Please support his column by making a pledge here- and be rewarded with a beautiful translated book.