The colour of Russian money part 17: An Open Letter to Ilse Znotina 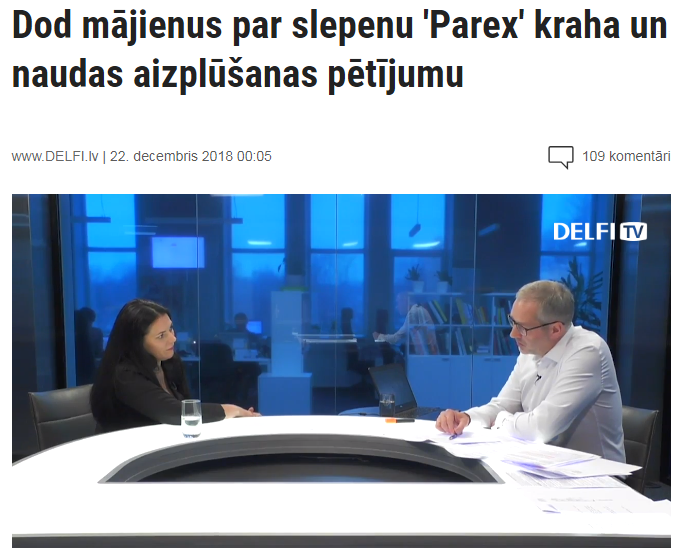 Let me begin by offering you belated congratulations on your appointment as the head of Latvia’s FIU (Financial Intelligence Unit) which leads the country’s battle against money laundering. You will be aware, of course, of the need for Latvia to repair its tarnished image. The collapse of both the Parex and ABLV banks, which were separated by a decade, indicates that the country has persistently been unable to address the use of its banks for money laundering. Latvia’s attempt to repair its image in the US was flawed by the bizarre choice of Arnis Lagzdins as its representative. You will be aware that Lagzdins was the compliance officer at Parex and also at Lithuania’s Yukio bank: and that both banks collapsed largely as a result of looting.

The collapse of Parex continues to haunt Latvia. The government serviced its bad assets, which were incorporated in the Reverta bank, at the cost of billions of Euros to the Latvian taxpayer. The administration inflicted a painful austerity programme upon the Latvian people to pay for the avarice of the bank’s looters. Reverta pursued the bank’s former owners to recover money loaned to them on “favourable” terms. Ultimately most of the funds were never recovered and, indeed, Reverta lost a court case against Rems Kargins, the son of one of the two former owners. Latvia’s supreme court ruled that the bank had to pay him EUR 15m on 14 June 2016.

However, Reverta failed to pursue the former owners and their associates in connection with a number of suspicious transactions which occurred at the time of the bank’s collapse or shortly afterwards. These included loans made to firms associated with persons connected to the bank.

I believe that you are aware of these transactions. Indeed you have acknowledged in an interview in the Latvian media following your new appointment that you were part of a team of auditors who evaluated the bank’s collapse. You stated that the report you produced then had noted a number of suspicious financial transactions. However, you added that the findings had been not been published and that you could not name the agency who had commissioned you to produce the report.

I believe that by making this statement you were seeking to secure the trust of the Latvian public. There is a widespread perception in Latvia that Parex bank was looted by the mafia and that the government of Dombrovskis covered up the extent of the looting. You are seeking to distance yourself from that legacy. However, your statement is, I am afraid, unsatisfactory because it renders you part of the failure to address the looting of Parex. If you are aware of suspicious transactions connected to the collapse of the bank then you must please, in your current role, launch an investigation. I urge you to do so. You will be aware that Grigoriy Rabinovics who was implicated in the bank’s collapse also features in an investigation of money laundering undertaken by the Spanish authorities which was also linked to Parex. Please support his research on corruption in Latvia, Ukraine and Russia by making a pledge here– and be rewarded with a beautiful translated book.